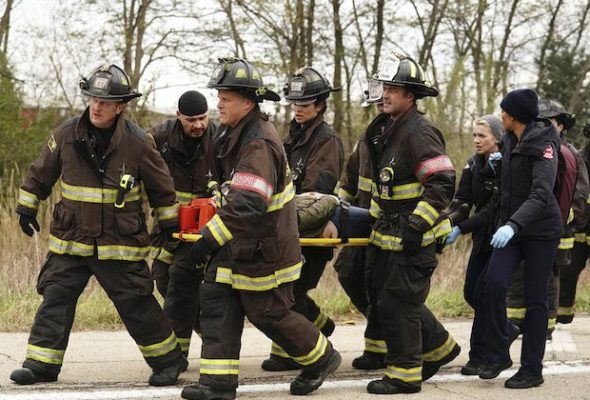 NBC is understandably still hot for Dick Wolf’s Chicago Fire series. The peacock network has renewed the Wednesday night series for an eighth season. It will air as part of the 2019-20 broadcast season and will likely return in the fall.

The seventh season of Chicago Fire is averaging a 1.26 rating in the 18-49 demographic and 8.14 million viewers. Compared to season six, that’s up by 16% and 36%, respectively. These days, a show that’s up in the live+ same day ratings is a rare thing.

The announcement was made by Lisa Katz and Tracey Pakosta, Co-Presidents of Scripted Programming, NBC Entertainment. “We remain in awe of the job Dick Wolf, our producers, casts and crews do in creating some of the most compelling television today,” Katz and Pakosta said. “The Chicago franchise is a lynchpin of our schedule and we’re thrilled that audiences have embraced our Wednesdays with such incredible passion for these shows and characters.”

What do you think? Do you like the Chicago Fire TV show? Will you be watching season eight on NBC?

Love all the Chicago shows

Norman A Weisgarber
Reply to  Scott

I love Chicago Fire, but not chicago med. Glad to hear Chicago fire is being renewed.