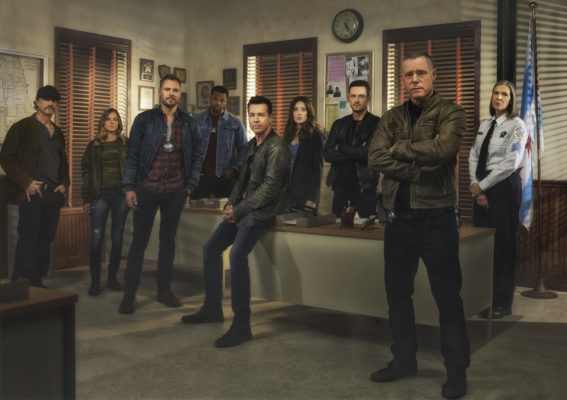 Chicago PD has a very special event coming up. According to The Hollywood Reporter, the NBC TV show will celebrate its upcoming 100th episode with a Chicago Fire crossover.

For Chicago PD‘s 100th episode, the NBC TV show will feature a crossover special with Chicago Fire. The cast of Chicago Med will also make an appearance in the two-part special. NBC has not yet set a premiere date for the 100th episode event, but it is expected to air early next year.

What do you think? Do you watch Chicago PD? Are you excited for the crossover event?

I am so happy to have my favorite characters back on the screen. Phenomenal story telling and so on track with the travesties that are going on right now in the real world! Phenomenal acting too! Keep up the great work! Love fire and Med too!!

I have been watching Chicago PD from the beginning and love it. Chicago Med and Chicago Fire rank just as high. Never miss any of these shoes !

I particularly like the camera work. Director(s) of photography do nice work!

I have been seeing Chicago PD since it started. I have crossed over to all the Chicago TV series and never miss an episode of any of them. Also loved Chicago Justice. Too bad that was cancelled.

Love Chicago Fire & Chicago PD, and Chicago Med. All great shows! They are written so creatively, and keep our interest throughout the entire show. Thank You!!!

I watch Chicago PD, Fire, and Med. I love them all.

Yes I watch both Chicago PD and Chicago Fire. I love it when Thursday cross over.