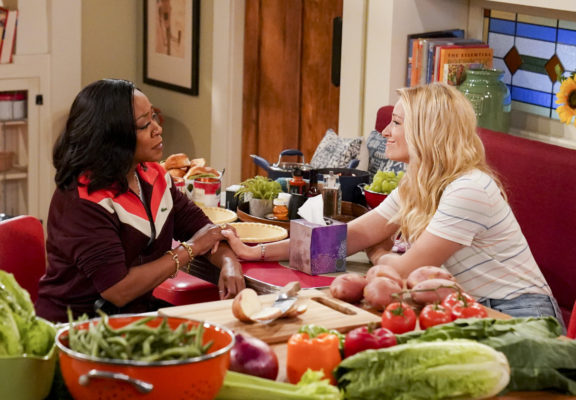 A CBS family comedy series, The Neighborhood stars Cedric the Entertainer, Max Greenfield, Sheaun McKinney, Marcel Spears, Hank Greenspan, Tichina Arnold, and Beth Behrs. This sitcom begins when a very friendly guy and his family — professional conflict negotiator Dave Johnson (Greenfield), school principal Gemma (Behrs), and their young son, Grover (Greenspan) — move to a community in Los Angeles that’s quite different from their Michigan small town. Their opinionated next-door neighbor is Calvin Butler (Cedric the Entertainer), a family man who’s wary of the newcomers. However, Calvin’s family feels very differently. His gracious wife, Tina (Arnold), rolls out the welcome wagon while sons Marty (Spears) and Malcolm (McKinney) think the Johnsons will be good for their family and the community. Despite their differences, the Johnsons and Butlers find a way to become true neighbors and maybe even friends.

What do you think? Which season three episodes of The Neighborhood TV series do you rate as wonderful, terrible, or somewhere between? Do you think that The Neighborhood should be cancelled or renewed for a fourth season on CBS? Don’t forget to vote, and share your thoughts, below.

*2/18/21 update: The Neighborhood has been renewed for a fourth season.

I really enjoy this program and just needs more air time as well as the message in each episode.

I love the show, it makes me laugh all the time. Please don’t cancel it, give it time.

It was was a very funny “must watch” show – everything does not have to be political … not on my list anymore… enough. ..I stream something else. Those who enjoy the show can continue.. I am just not one who does.

I think this program is funny and i just love how silly Dave can act.

I really have enjoyed The Neighborhood since the first episode, however, I did not enjoy November 16ths show one bit! In fact, we turned it off. I watch this show to enjoy the comedy and talent of all the actors, not to have the news events shoved down my throat. Hopefully they got this “out of their system” and will go back to doing a great, entertaining comedy.

THIS is a comedy show. Although l appreciate and agree with the message in tonight’s episode, I don’t think this is the right platform when we tune in to watch a comedy.

I love this show it makes you laugh. Great actor’s and actresses. Please don’t cancel it