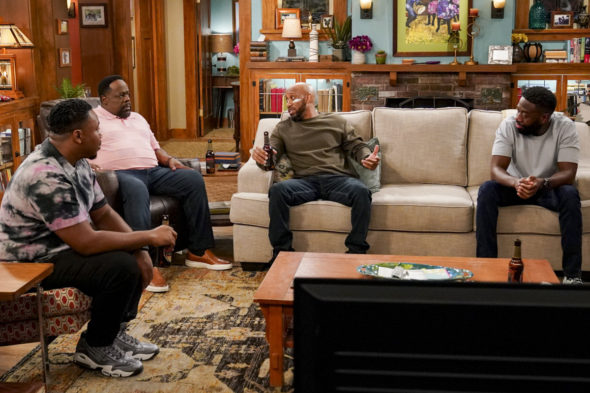 The Neighborhood is returning for its third season next Monday, and several previews have been released for the premiere. The CBS sitcom will tackle the Black Lives Matters movement head-on with the episode.

The episode, titled “Welcome to the Movement,” will see the Butlers and Johnsons unite when a member of their community is the victim of racial injustice.

Cedric the Entertainer, Max Greenfield, Beth Behrs, Tichina Arnold, Sheaun McKinney, Marcel Spears, and Hank Greenspan star in the CBS sitcom. The Neighborhood follows Dave Johnson (Greenfield) and his family as they see their lives change when they move to Los Angeles from a small town in Michigan.

The series returns on November 16th on CBS. Check out the previews for the third season premiere of The Neighborhood below.

What do you think? Are you a fan of The Neighborhood on CBS? Do you plan to start watching season three when it arrives next week?

I really enjoy the show. All of the actors are hilarious. I think the show should not be canceled at all. I love the fact that it shows the dynamics between 2 families of different cultures . I really love that show.

Love this show one of the best on tv

Great show. Love all the characters. I will be watching