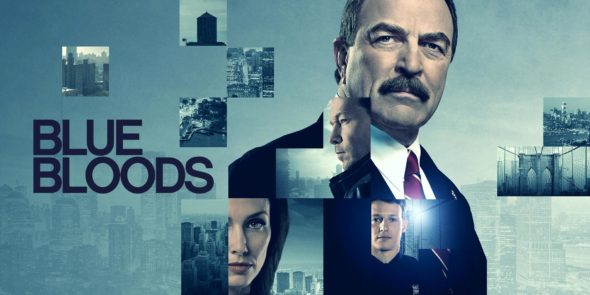 The Blue Bloods series continues to be one of CBS’ most-watched series, despite airing on Friday nights. Still, nothing goes on forever. Is the end near for this police family drama? Will Blue Bloods be cancelled or renewed for season 12? Stay tuned. *Status Update Below.

***delete network or cable****Note: These are the final national numbers (unless noted with an “*”). These are different from the fast affiliate numbers which are just estimates of the actual ratings. The final nationals are typically released within 24 hours of the programming or, in the case of weekends and holidays, a couple days later.

What do you think? Do you like the Blue Bloods TV series on CBS? Should it be cancelled or renewed for a 12th season?

This is my favorite series and may I say, that season 11 finale was the best. It was awesome seeing Danny, Jamie and Joe doing what they do best. The job. The magnitude of their love and commitment to family was felt.

Wow Blue Bloods has dropped under 6 million total for the first time EVER! CBS must be going nuts! and 0.4 for a new episodes is bad, too. AND it still managed to be the #1 scripted show!

Blue Bloods is the best on Tv