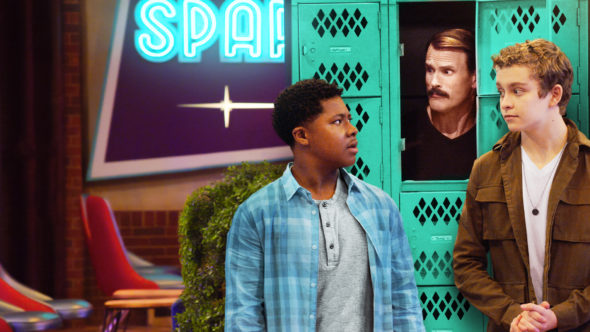 Is Emil staying in the States? Has the Prince of Peoria TV show been cancelled or renewed for a second season on Netflix? The television vulture is watching all the latest TV cancellation and renewal news, so this page is the place to track the status of Prince of Peoria, season two. Bookmark it, or subscribe for the latest updates. Remember, the television vulture is watching your shows. Are you?

Unless they decide to publicize viewership, it is difficult to predict whether Netflix will cancel or renew Prince of Peoria for season two. Generally speaking, Netflix usually renews shows within a month or so. In the case of Prince of Peoria, that can get a little confusing. Because the subscription streaming service only releases a half of a season at a time, it refers to those seasons as “parts.” In the case of this show, part one of the first season debuted in November of 2018, and part two was released in May of 2019. It may seem like we’re waiting for news of a season three renewal, but we’re actually waiting for either a season two renewal, and/or a parts three and four renewal. Either way, I’ll keep an eye on the trades and press releases and update this page with breaking developments. Subscribe for free Prince of Peoria cancellation or renewal alerts.

What do you think? Do you hope the Prince of Peoria TV show will be renewed for a second season — parts three and four? How would you feel if Netflix cancelled this TV series, instead?