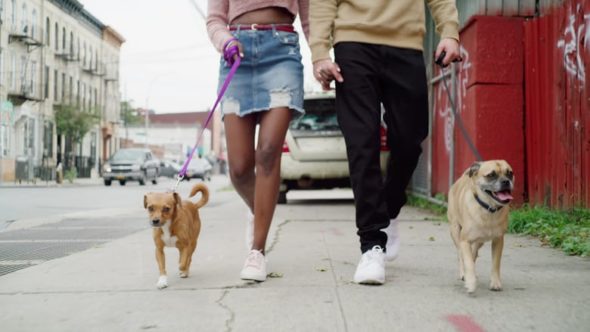 Are Bruno and Malcolm sticking around the neighborhood? Has the It’s Bruno! TV show been cancelled or renewed for a second season on Netflix? The television vulture is watching all the latest TV cancellation and renewal news, so this page is the place to track the status of It’s Bruno!, season two. Bookmark it, or subscribe for the latest updates. Remember, the television vulture is watching your shows. Are you?

Unless they decide to publicize viewership, it is difficult to predict whether Netflix will cancel or renew It’s Bruno! for a second season. This is a personal short-form comedy, starring the creator and his real-life rescue dog. Naim crafted everything about the first season, but’s it’s not even clear whether he wants to make a second installment. Usually when Netflix renews, they do so within a month or so. If it’s coming back, expect to hear sooner, rather than later. For now, I’ll keep an eye on the trades and press releases and update this page with breaking developments. Subscribe for free It’s Bruno! cancellation or renewal alerts.

What do you think? Do you hope the It’s Bruno! TV show will be renewed for a second season? How would you feel if Netflix cancelled this TV series, instead?