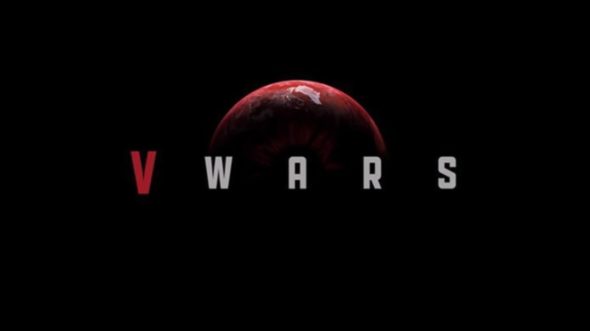 Can Luther find a solution? Has the V Wars TV show been cancelled or renewed for a second season on Netflix? The television vulture is watching all the latest cancellation and renewal news, so this page is the place to track the status of V Wars, season two. Bookmark it, or subscribe for the latest updates. Remember, the television vulture is watching your shows. Are you?

Steaming on the Netflix subscription service, V Wars stars Ian Somerhalder, Adrian Holmes, Kyle Harrison Breitkopf, Peter Outerbridge, Michael Greyeyes, Jacky Lai, and Kimberly-Sue Murray. Based on the 2012 comic book series by Jonathan Maberry and Alan Robinson, the show follows the story of scientist Dr. Luther Swann (Somerhalder) whose best friend, Michael Fayne (Holmes), is infected by a mysterious disease. It transforms him into a murderous predator who feeds on other humans.

Unless they decide to publicize viewership, it is difficult to predict whether Netflix will cancel or renew V Wars for season two. Since Netflix isn’t ad-supported, it can take a chance on series it believes in, but sooner or later it comes down to production costs, versus viewership numbers. Generally speaking, Netflix TV shows which are going to be renewed are usually picked up within a month or so of the series or season premiere. For now, I’ll keep my ears open and an eye out for news, and will update this page with breaking developments. Subscribe for free alerts on V Wars cancellation or renewal news.

4/1 update: V Wars has been cancelled, so there won’t be a second season.

What do you think? Do you hope the V Wars TV show will be renewed for a second season? How would you feel if Netflix cancelled this TV series, instead?

I truly hope that V Wars will be renewed for a 2nd season! I hate how a TV Series that comes out leaves you hanging on a cliff with so many cliff hangers and the show gets cancelled leaving viewers desperatly wanting to know what happened. I just wish that in these cases, if the season ends up getting cancelled for whatever the reason why cant a mini finale series be made to end the show on a good note vs leaving so many viewers just hanging there in hopes to find out what happens. AT LEAST GIVE US SOME… Read more »

Netflix needs to renew V Wars! I can’t believe they cancelled it and keep crap on there. I’m still waiting on new seasons on other GOOD shows. I may cancel if they don’t start getting more seasons. Regardless of No ads …we are all paying for the service!

I just came across V Wars on Neflix recently — after it was canceled. Loved it. I’m not sure why it didn’t show up on my Netflix feed until now but I don’t think they have given people a chance to find the show.

V wars needs to have a season 2! I’m obsessed with this show and I need to know what happens to Dez in season 2! If you were going to cancel this show then you should have shown that everything was perfect at the end of season one! Dez needs to be with his father and mother! Bloods should all be on purified blood substitution and that ******* Niklos needs to die as well as Ava because she’s just a *****. Bring this show back

I really loved seeing my favorite vampire playing opposite roles this time around but to just leave me in a season cliff hanger situation and then decide to cancel the show!?
WOW!
Low blow Netflix, I’m so hurt by this, it truly sucks.