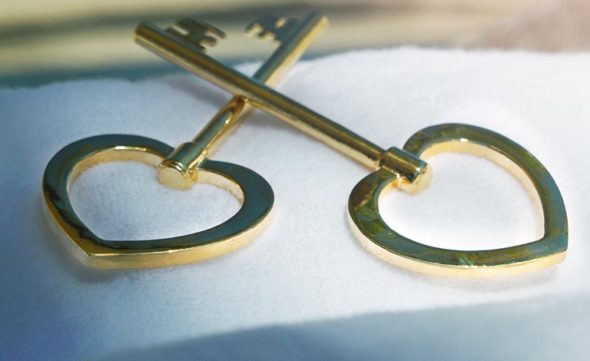 There seems to be big trouble in paradise. After four airings, FOX has decided to pull the Paradise Hotel TV show from the network’s Monday and Wednesday night timeslots. The series will continue to air on Thursday nights and it appears that episodes are being condensed so that the season will still wrap on June 6th.

A FOX dating competition series, Paradise Hotel follows a bunch of sexy single people to a tropical getaway resort. They’re surrounded by sun and fun but they have to pair up and thrive in a wild competition to stay in the game and hope to win a cash prize. Each week, one contestant must leave the hotel to make room for a new guest. Home viewers get to play along and influence the game via social media. Kristin Cavallari hosts the series.

The four aired episodes of the first season of Paradise Hotel on FOX have averaged a disappointing 0.40 rating in the 18-49 demographic and 1.20 million viewers.

For the next two weeks (May 20th and May 27th), FOX is filling the Mondays at 9:00 PM timeslot with reruns of 9-1-1. On the following Monday (June 3rd), the network will be launching the 16th season of So You Think You Can Dance. The summer staple had been set to debut a week later, on June 10th.

On May 22nd, May 29th, and June 5th, the now-vacant Wednesdays at 9:00 PM timeslots will be filled with reruns of Gordon Ramsay’s 24 Hours to Hell and Back.

While FOX hasn’t issued any sort of official decree, it seems sure that the revival of Paradise Hotel has been cancelled. Two other incarnations of this reality series aired in 2003 and 2008. They only lasted one season apiece before being cancelled and it appears this one won’t be any different.

What do you think? Did you like this incarnation of Paradise Hotel on FOX? Would you like to see it return for a second season? Should it be cancelled?

I absolutely loved the show. Most intense show i have seen in a while and kristen made the best host!

We need another season of Paridise Hotel! 100%

This is the 1st season I’ve watched Paradise Hotel but it did not disappoint! Perhaps I’d be singing a different song had the ending turned out differently. I was just about over it when I discovered who the last two couples were given they were the most revolting (esp when it appeared that either Poppy Sassoon and Trashy Tatum were going to be partaking in the cash prize considering how disgusting their actions were.) I can’t endorse a show that the bad guys come out on top. I can’t say how thrilled it was when Bobby smashed that gold ball… Read more »

I couldn’t even finish it. It’s such a I’ll conceived show to act as if this is a show for couples looking to find love. Are you freaking kidding me? The most vile lasted to the end and clearly lost no love for the other. Change the theme and maybe it’ll make more sense. It’s just “Big Brother” for couples. It’s CLEARLY not about finding love. Otherwise the remaining four wouldn’t have been given the opportunity to vote off the strongest couple. So dumb. I stopped watching it then. I’ll never watch again. What a waste of time I’ll never… Read more »

I have watched this show since it first aired years ago. I have waited for it to return. Please don’t cancel this show. It is the only reality show I like!!

Please have a 3rd season of this show!!!