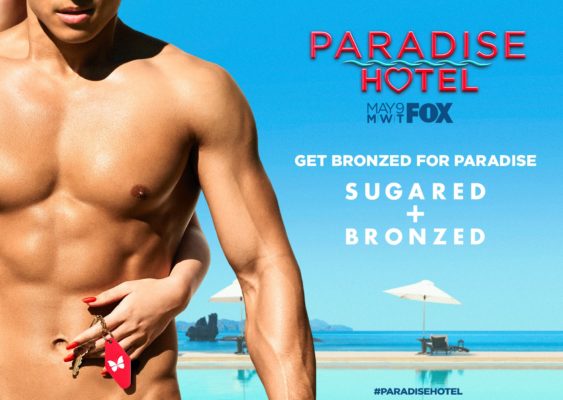 Which contestants can make a connection and stay in the game in the first season of the Paradise Hotel TV show on FOX? As we know, the Nielsen ratings typically play a big role in determining whether a TV show like Paradise Hotel is cancelled or renewed for season two. Unfortunately, most of us do not live in Nielsen households. Because of that, many viewers are frustrated their viewing habits and opinions aren’t considered before a show is cancelled or renewed. So, we invite you to rate all of the season one episodes of Paradise Hotel below. *Status update below.

A dating competition series, Paradise Hotel follows a bunch of sexy single people to a tropical getaway resort. They’re surrounded by sun and fun but they have to pair up and thrive in a wild competition to stay in the game and hope to win a cash prize. Each week, one contestant must leave the hotel to make room for a new guest. Home viewers get to play along and influence the game via social media. Kristin Cavallari hosts the series.

What do you think? Which season one episodes of Paradise Hotel TV series do you rate as wonderful, terrible, or somewhere between? Should FOX cancel or renew Paradise Hotel for a second season? Don’t forget to vote, and share your thoughts, below.

I live 6 miles from where this show is done and if it is live then I must be living in the twilight zone. The sun is still shining here and they are in darkness. What is with that? This show is a crock of crap. I think this show should be eliminated like all of the contestants. Not one of them deserves the money as all are a bunch of phonies.

Please do not cancel the show me and my girls love to watch the show you have to leave it on air, you just have too!! It’s a fill of drama and love and I really do feel that there is a connection that can be made there.

I love Paradise hotel!! It is just like love island. Which I loved as well. Way too quick to cancel. Im very upset. Hopefully hulu will pick it up and can continue it. Please hulu pick it up!

Id love to see all of it!!!I really enjoyed it

Omg worst show ever. Why accents, can’t understand half of what they say.