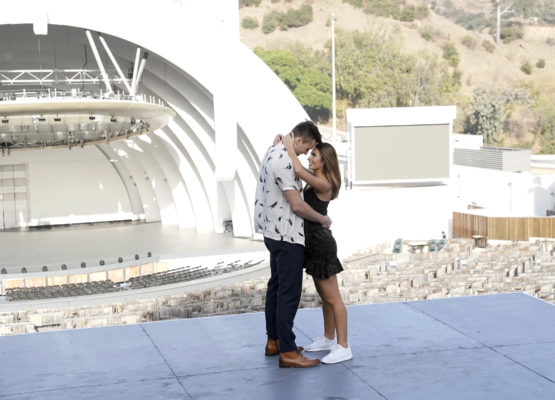 Is there chemistry in the first season of the Flirty Dancing TV show on FOX? As we all know, the Nielsen ratings typically play a big role in determining whether a TV show like Flirty Dancing is cancelled or renewed for season two. Unfortunately, most of us do not live in Nielsen households. Because many viewers feel frustration when their viewing habits and opinions aren’t considered, we invite you to rate all of the first season episodes of Flirty Dancing here. *Status update below.

A FOX reality series, Flirty Dancing is hosted by actress and dancer Jenna Dewan. In the show, complete strangers are each taught half of a dance routine. They then meet for the first time on a blind date at a breathtaking location, where they dance together without saying a word. Will there be an unspoken connection and chemistry? In this romantic approach to dating, the singles — who aren’t professional dancers — push themselves out of their comfort zones in the hope of being swept off their feet. Will it be love at first dance?

What do you think? Which season one episodes of the Flirty Dancing TV series do you rate as wonderful, terrible, or somewhere between? Do you think that Flirty Dancing on FOX should be cancelled or renewed for a second season? Don’t forget to vote, and share your thoughts, below.

It is such a shame that they cancelled Flirty dancing. I felt this show was very entertaining watching the dancing. So much better than allot of the reality tv shows.

Love the show please bring it back for a second season. So much fun to watch!!

Most fun I’ve ever had watching tv!