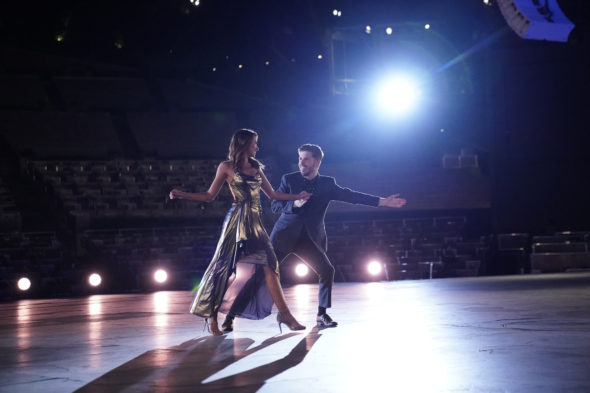 We’ve seen lots of dancing and lots of dating shows over the years but Flirty Dancing combines the two. Will this FOX series be a success in the ratings or, will it have two left feet when it comes to attracting viewers? Will Flirty Dancing be cancelled or renewed for season two? Stay tuned. *Status update below.

Based on a reality series of the same name in the United Kingdom, Flirty Dancing is hosted by actress and dancer Jenna Dewan. In the show, complete strangers are each taught half of a dance routine. They then meet for the first time on a blind date at a breathtaking location, where they dance together without saying a word. Will there be an unspoken connection and chemistry? In this romantic approach to dating, the singles — who aren’t professional dancers — push themselves out of their comfort zones in the hope of being swept off their feet. Will it be love at first dance?

What do you think? Do you like the Flirty Dancing TV series on FOX? Should it be cancelled or renewed for a second season?

*1/10/20 update: The season has just six episodes and the season’s final episodes will air on a Saturday night.

Just found this show while isolating during the pandemic. Loved it! Not sure how I missed the ads for it when it came out. Hope it returns this year.