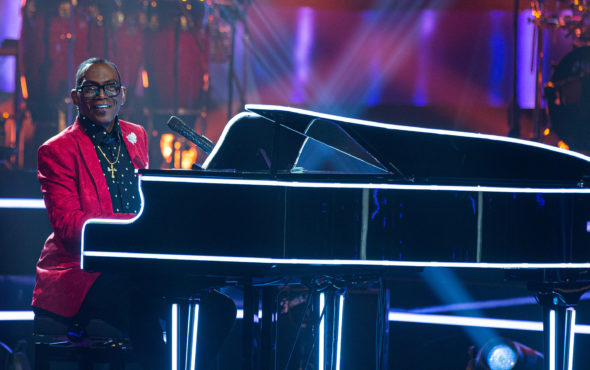 Is this version of the Name That Tune TV show hitting the right notes for FOX? As we all know, the Nielsen ratings typically play a big role in determining whether a TV show like Name That Tune is cancelled or renewed for season two. Unfortunately, most of us do not live in Nielsen households. Because many viewers feel frustration when their viewing habits and opinions aren’t considered, we invite you to rate all of the first season episodes of Name That Tune here.

A FOX music game show, this newest iteration of the Name That Tune series is hosted by Jane Krakowski. The competition tests contestants’ music knowledge as they battle it out in an assortment of challenging musical games for cash and prizes. Each hour episode is comprised of two stand-alone half-hour contests. Two players play against each other as they race against the clock to test their knowledge of songs, performed by the live band that’s led by Randy Jackson. Each contest features a rotating variety of games from the original format, before the iconic Bid-a-Note round. The player with the most money at the end of Bid-a-Note wins the game and takes his or her bank into the Golden Medley bonus round. There, the player has a chance to win additional cash and potentially a $100,000 grand prize.

What do you think? Which season one episodes of the Name That Tune TV series do you rate as wonderful, terrible, or somewhere between? Do you think that Name That Tune should be cancelled or renewed for a second season on FOX? Don’t forget to vote, and share your thoughts, below.

Jane and Randy got to go? The band was good though.
The audience were also annoying. Like ohh and uhh every 2 seconds. It was so annoying.

I know it isn’t the most important aspect of the show, but this comes to mind each time I have watched Name That Tune. I don’t understand why Jane has only two outfits. So far I have seen 5 episodes and she is wearing either the pink or the back outfit in each one, Surely Fox can afford more than 2 outfits. It just seems strange to me.

And if she bent over in the pink one to pick something up. You would see her pink.
It was likely all filmed in 1 or 2 days.

I too had the same exact question, which is how I came to this search reasult. from a web search. Its really odd.. (first term that came to mind). the show must not be doing extremely well, as its being aired on Saturday night after the 10pm news. (unless this is a re-air of the most recent episode from the m-f tv broadcast) Also, another thing that it might just be my tv, but it always seems to be that I notice it only with regards to this show. it seems that the Contrast and color, saturation etc. brightness have… Read more »

Much better. The piano must have been tuned up. I’ll watch it again.