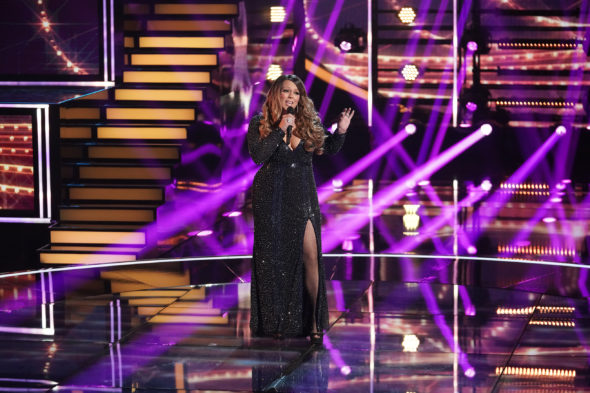 A FOX music guessing-game show, the I Can See Your Voice TV series is hosted by Ken Jeong and also features Cheryl Hines and Adrienne Bailon-Houghton as regular panelists. All three are joined by guest celebrity detectives. The panel tries to help a contestant guess the good and bad singers, without ever hearing them sing a note. With $100,000 on the line and the celebrity panel by their side, our contestant will attempt to weed out the bad “Secret Voices” from the good, based on a series of clues, interrogation, and lip-synch challenges. New this season, contestants are given one chance to use the “Golden Mic,” which grants them advice from one secret mystery celebrity. In the end, the singer whom the contestant picks will reveal if they are good or bad in a duet performance with a famous music artist, resulting in an amazing musical collaboration or a totally hilarious train wreck. Guests in season two include Bow Wow, Cheyenne Jackson, Jewel, Jason Mraz, Joel McHale, Lil Rel Howery, Kelly Rowland, Kelly Osbourne, and Brian Austin Green.

I love this show, please keep it on!! I wish when the acting person sings would have to sing in the mike live with their own voice if they are a good singer. I think some mess up on the lip syncing on purpose. Any way, I still love the show!!