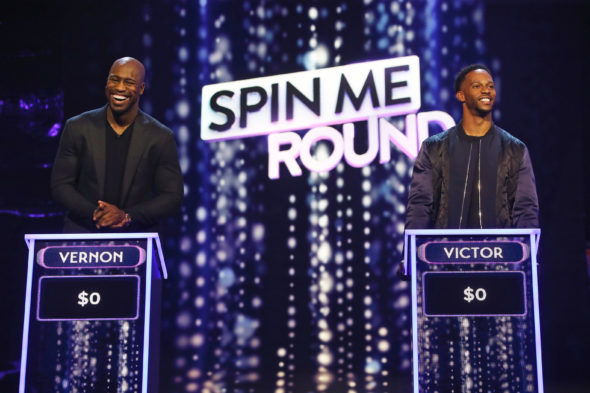 Which celebrity will win the big money in the second season of the Name That Tune TV show on FOX? As we all know, the Nielsen ratings typically play a big role in determining whether a TV show like Name That Tune is cancelled or renewed for season three. Unfortunately, most of us do not live in Nielsen households. Because many viewers feel frustrated when their viewing habits and opinions aren’t considered, we invite you to rate all of the second season episodes of Name That Tune here.

A FOX music game show, this newest iteration of the Name That Tune series is hosted by Jane Krakowski with Randy Jackson leading the in-studio band. The competition tests contestants’ music knowledge as they battle it out in an assortment of challenging musical games for cash and prizes. Each hour episode is comprised of two stand-alone half-hour contests. Two players play against each other as they race against the clock to test their knowledge of songs. Each contest features a rotating variety of games from the original format, before the iconic Bid-a-Note round. The player with the most money at the end of Bid-a-Note wins the game and takes his or her bank into the Golden Medley bonus round. There, the player has a chance to win additional cash and potentially the $100,000 grand prize. The second season features celebrity singers, actors, Olympians, and NFL champions, all playing for their favorite charities. Contestants include Jodie Sweetin, Frankie Muniz, Jennie Garth, Ian Ziering, Kelly Osbourne, JoJo, Shaggy, Kim Fields, Tituss Burgess, Mel B., Cassadee Pope, Jana Kramer, Laurie Hernandez, Nastia Liukin, Vernon Davis, and Victor Cruz.

What do you think? Which season two episodes of the Name That Tune TV series do you rate as wonderful, terrible, or somewhere between? Do you think that Name That Tune should be cancelled or renewed for a third season on FOX? Don’t forget to vote, and share your thoughts, below.