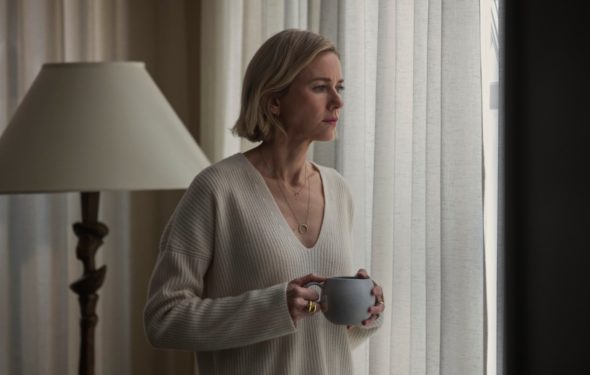 Netflix is looking to keep The Watcher and Monster around. The streaming service has ordered seasons two and three of Monster and a second season of The Watcher.

The first season of Monster, titled Dahmer – Monster: The Jeffrey Dahmer Story, has been a big hit for Netflix. The season dramatizes the life of the infamous serial killer and stars Evan Peters, Richard Jenkins, Molly Ringwald, Niecy Nash, and Michael Learned. Future seasons will revolve around “other monstrous figures who have impacted society.”

As for The Watcher, the thriller series follows a couple, played by Bobby Cannavale and Naomi Watts, who move into their dream home in Westfield, New Jersey. They are then harassed by letters that are signed by a stalker called “The Watcher.” Isabel Gravitt, Luke David Blumm, Jennifer Coolidge, Margo Martindale, Richard Kind, Mia Farrow, Christopher McDonald, Noma Dumezweni, Joe Mantello, and Henry Hunter Hall also star in the first season.

Netflix revealed more about the renewals of the shows in a press release.

The future installments of Monster will tell the stories of other monstrous figures who have impacted society.

As of November 1, DAHMER – Monster: The Jeffrey Dahmer Story has garnered over 934 million view hours, and is on track to reach 1 billion hours in the coming weeks. It is the second most popular English TV season on Netflix.

DAHMER – Monster: The Jeffrey Dahmer Story broke a Nielsen record as the seventh most viewed streaming program in the US in a single week, and has held the top spot on Nielsen’s weekly streaming chart for three consecutive weeks.

Bela Bajaria, Head of Global TV, Netflix: “Audiences can’t take their eyes off Monster and The Watcher. The creative team of Ryan Murphy and Ian Brennan on Monster along with Eric Newman on The Watcher are masterful storytellers who captivated audiences all over the world. The back-to-back force of these two series is due to Ryan’s distinct original voice which created cultural sensations and we are thrilled to continue telling stories in the Monster and Watcher universes.”

Between 1978 and 1991, Jeffrey Dahmer gruesomely took the lives of seventeen innocent victims. DAHMER – Monster: The Jeffrey Dahmer Story is a series that exposes these unconscionable crimes, centered around the underserved victims and their communities impacted by the systemic racism and institutional failures of the police that allowed one of America’s most notorious serial killers to continue his murderous spree in plain sight for over a decade.

About The Watcher Season 1

Dean (Bobby Cannavale) and Nora Brannock (Naomi Watts) just purchased their dream home in the idyllic suburb of Westfield, New Jersey, but after putting all of their savings into closing the deal they soon realize the neighborhood is less than welcoming. There’s a kooky older woman named Pearl (Mia Farrow) and her brother Jasper (Terry Kinney), who sneaks into the Brannock’s house and hides in their dumbwaiter. There’s Karen (Jennifer Coolidge), the realtor and an old acquaintance of Nora’s, who makes them feel like they don’t really belong, and nosy neighbors Mitch (Richard Kind) and Mo (Margo Martindale), who don’t seem to understand property lines. Their icy welcome quickly turns into a full-blown living hell when ominous letters from someone calling themself “The Watcher” start arriving, terrorizing the Brannocks to their breaking point as the neighborhood’s sinister secrets come spilling out.”

What do you think? Are you a fan of these two series? Do you plan to check out the new seasons of Monster and The Watcher when they eventually arrive on Netflix?