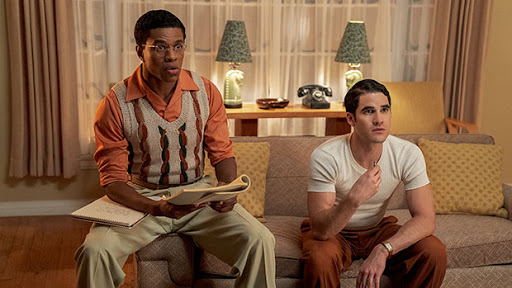 Hollywood is coming to your home. Stars in the House just announced the cast of the Netflix TV show is reuniting for an upcoming livestream.

From Ryan Murphy, the drama series “follows a group of aspiring actors and filmmakers in post-World War II Hollywood as they try to make it in Tinseltown — no matter the cost. Each character offers a unique glimpse behind the gilded curtain of Hollywood’s Golden Age, spotlighting the unfair systems and biases across race, gender and sexuality that continue to this day.” The cast includes Patti LuPone, Darren Criss, Jim Parsons, Jake Picking, Samara Weaving, and Jeremy Pope.

Hollywood stars Darren Criss, David Corenswet, Laura Harrier, Joe Mantello, Dylan McDermott, Jake Picking, Jeremy Pope, Mira Sorvino and Holland Taylor will reunite for a livestream on May 4th at 8 p.m. ET in support of Stars in the House. The streaming series raises money for The Actors Fund and its services.

Fans can view the livestream on the Actors Fund YouTube channel.

What do you think? Have you seen Hollywood yet? Will you catch the livestream reunion?