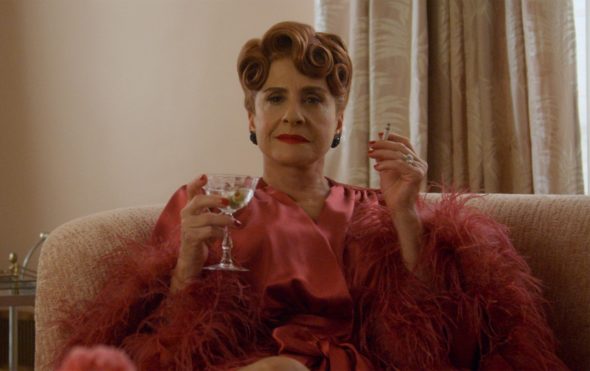 “I want to go to Dreamland.” Netflix just released the trailer for their new series from Ryan Murphy, Hollywood.

The series “follows a group of aspiring actors and filmmakers in post-World War II Hollywood as they try to make it in Tinseltown — no matter the cost. Each character offers a unique glimpse behind the gilded curtain of Hollywood’s Golden Age, spotlighting the unfair systems and biases across race, gender and sexuality that continue to this day.” The cast includes Patti LuPone, Darren Criss, Jim Parsons, Jake Picking, Samara Weaving, and Jeremy Pope.

Hollywood debuts on Netflix on May 1st.

What do you think? Are you a fan of Ryan Murphy’s work? Will you check out Hollywood?

This looks like it could be so damn good. Let’s hope Ryan Murphy sticks it out with this show!