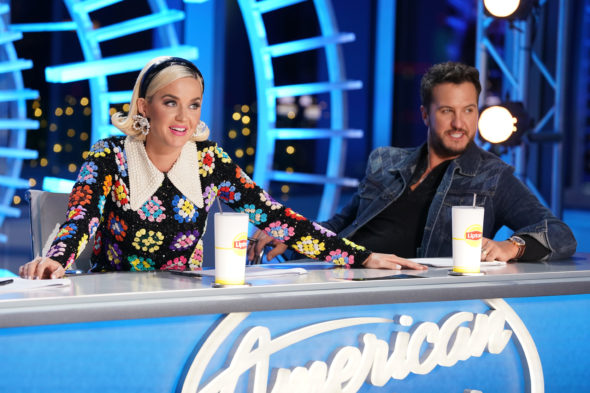 How is American Idol coping with the pandemic? ABC’s Rob Mills and producer Fremantle recently spoke with Deadline about their plans to conclude the TV show’s current season.

The long-running singing competition show is currently in its 18th season. Judges include Lionel Richie, Katy Perry, and Luke Bryan, with Ryan Seacrest as host.

Like many other shows, American Idol shut down production on its 18th season because of the ongoing coronavirus pandemic. So how will the live shows continue? ABC SVP, Alternative Series, Specials & Late-Night Programming Rob Mills told Deadline revealed the network and the producers (Fremantle) came up with a solution and a new episode will air on April 26th at 8 p.m. ET/PT:

We knew we wanted to get some kind of results this season. You started seeing some of the things that artists and musicians were doing on Instagram and Facebook, even some of the stuff on TV, we realised there was a way of doing something different, but could also feel innovative, that’s when the producers set about doing these shows that you’ll see over the next couple of weeks.”

These kids have given up a lot to do these auditions and Hollywood week, it’s only fair to them to keep it going and crown the next American Idol. You also don’t have to win to have a successful career; Jennifer Hudson came seventh.”

Read more from ABC below:

AMERICAN IDOL’ COMES TO AMERICA FOR THE VERY FIRST TIME REMOTELY, WITH THE TOP 20 PERFORMING FOR A SPOT IN THE TOP 10, SUNDAY, APRIL 26, ON ABC

“313 (On with the Show: Top 20 Sing for Your Vote)” – The stakes have never been higher as the Top 20 perform remotely for a spot in the Top 10 of “American Idol,” SUNDAY, APRIL 26 (8:00-10:00 p.m. EDT), on ABC. For the first time ever, “American Idol” reaches audiences in an all-new way, as judges Katy Perry, Luke Bryan, Lionel Richie, host Ryan Seacrest, in-house mentor Bobby Bones and the Top 20 contestants participate from different locations. Don’t miss the remaining Idol hopefuls as they continue their journeys remotely, filming their performances on iPhones, singing their hearts out for a chance to win America’s vote and ultimately the coveted season three crown! (TV-PG, L) Episodes can also be viewed the next day on demand and on Hulu.

Helping to determine who America will ultimately vote for to become the next singing sensation are music industry legends and all-star judges Luke Bryan, Katy Perry and Lionel Richie. Emmy(R) Award-winning host and producer Ryan Seacrest returns as host of the beloved series, and famed multimedia personality Bobby Bones continues his role as in-house mentor.

What do you think? Are you a fan of American Idol? Will you watch the new episodes?

Cancel this one! Even the judges are awful.

Who still watches this trash?