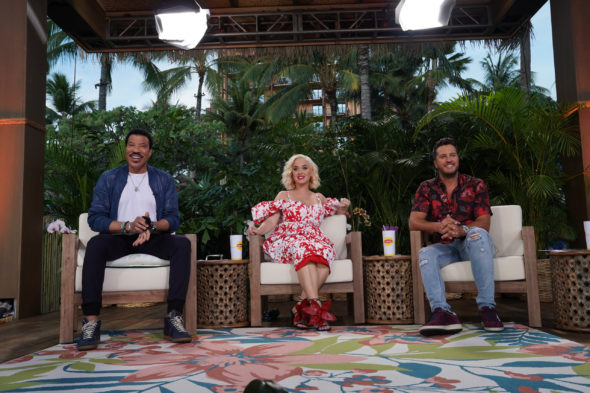 American Idol will continue season 18 with a very different format, per Variety. The series was set to start its live performances featuring the top 20 earlier this month, but the production shutdown caused by the coronavirus, The series has aired special episodes using previous filmed content from the start of the process.

Now, ABC has come up with a plan to continue the search for this season’s American Idol. Variety revealed the following:

“As of Sunday, April 26, American Idol will go live from various locations, as the show’s 20 finalists compete via remote video, while judges Luke Bryan, Katy Perry and Lionel Richie, as well as host Ryan Seacrest and in-house mentor Bobby Bones also appear from their homes. More details on how that will be accomplished will be revealed at a later date.”

For now, fans will have one more pre-taped episode of Idol before the series returns with “live” episodes.

What do you think? Are you glad ABC has figured out how to bring the season back to life?

ABC, you never fail to disappoint me…. you keep “stuff” like this on & remove anything decent. And those are your new judges? LOL

I am very glad AI has come up with a solution to continue the show!! There’s so much talent with the top 20 that it would of broken my heart to see them have to walk away! I’ll be looking forward to the next chapter! 🙂