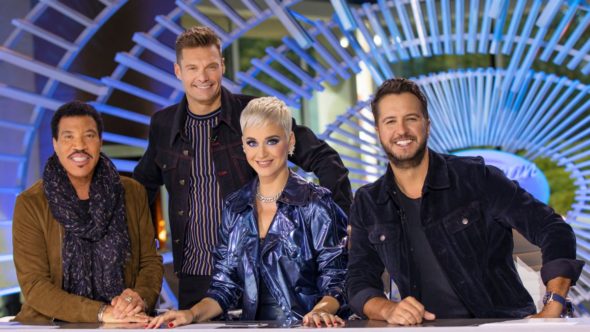 The beat goes on for American Idol. Via Twitter, ABC just announced they’ve renewed the TV show for the 2020-21 season.

The long-running singing competition series, which moved to ABC in 2018, features aspiring singers from across the nation. Ryan Seacrest hosts with Katy Perry, Lionel Richie, and Luke Bryan serving as judges.

On Sunday nights, the 18th season of American Idol averages a 1.18 rating in the 18-49 demographic and 6.844 million viewers. Compared to season 17’s Sunday episodes, that’s down by 10% in the demo and down by %9 in viewership.

There’s no word on if the same judges will return for season 18.

What do you think? Do you watch American Idol? Will you watch season 19?