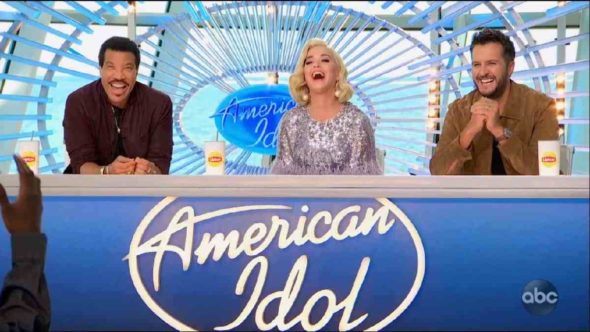 American Idol is getting ready for another season. Auditions for season 19 (the fourth on ABC) will start next month, and it will be a virtual affair. The singing competition series was the first to find a way of continuing production during the COVID-19 pandemic, and the series is doing that again.

For the first time, American Idol will “visit” all 50 states for auditions, albeit electronically, and dates have already been announced. ABC revealed more about the audition phase of the upcoming season in a press release.

In its historic third season on ABC, American Idol became the first reality competition series to air remotely with the unprecedented season dominating Sunday nights, claiming the No. 1 position for broadcast series among Adults 18-49 as well as the night’s No. 1 most social show. As previously announced, the star-maker series will return with an all-new season premiering spring 2021. During this season’s first round of auditions, American Idol will continue to break new innovative boundaries with custom-built Zoom technology to host “Idol Across America,” its first-ever live virtual nationwide search for the next superstar.

Beginning Aug. 10, “Idol Across America” remote auditions will take place across all 50 states plus Washington, D.C., for the first time since the show’s inception, making auditions easier than ever. The kickoff to season four will give hopefuls the chance to showcase their talents from anywhere in America, across any official audition date and face-to-face with an American Idol producer, staying true to its roots by providing aspiring Idols real-time feedback on their journey to being crowned the next American Idol.

“Idol Across America” auditions will be held as follows (subject to change):

Find out more by visiting the auditions site of American Idol. There’s been no word on when season 19 will begin airing but the previous three seasons on ABC have all launched mid-season, in late February or early March.

What do you think? Are you a fan of this ABC competition series? Will you watch the new season of American Idol?

I will be watching,never missed a season!

I will be watching the new season of Idol.

I audition survey for American Idol does anyone know if get mail in the show contestants not sure? Super confused don’t what to do. Please let me know.

Old , old, getting old !!!! It can go now along with many of the MANY. Shows that are the same concept.