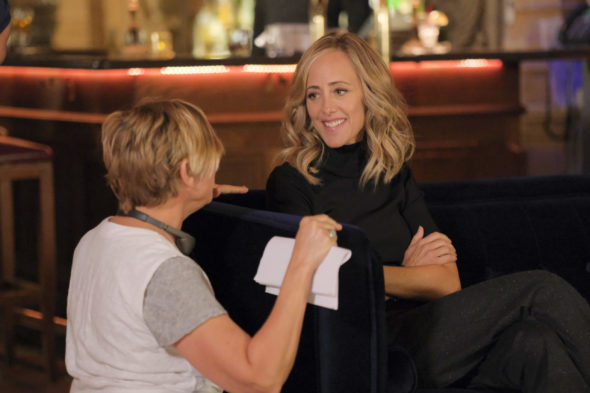 ABC is setting the stage for several more seasons of Grey’s Anatomy. Earlier this week, the medical drama series upped two actors to series regulars for the 2020-21 season. Now, three members of the existing regular cast have been locked in with new contracts which will keep them on the show for the upcoming 17th season, as well as potential 18th and 19th seasons. While Grey’s has only been renewed through season 17 thus far, it has remained ABC’s top-rated scripted series for years.

Per Deadline, “Kim Raver, Camilla Luddington and Kevin McKidd, whose contracts were all up at the end of last season, have signed new multi-year contracts to continue on the long-running medical drama.”

At the end of season 16 of the ABC series, Luddington’s character was dealing with the departure of her husband on the series. As for Raver and McKidd, the season-ending cliffhanger had their relationship headed for trouble.

A premiere date for season 17 of Grey’s Anatomy has not yet been revealed but ABC hopes to have it on the air in the fall.

What do you think? Are you glad to hear that these three performers are sticking around? Do you think that ABC will renew Grey’s through season 19 and beyond?

Agree 100% Grey’s is my all time favorite show. Every year for my birthday I rewatch every season.

I don’t think they need to , it has pretty much run it’s course . I like it, been watching forever, but it’s getting old.

I am glad the show is forever improving the cast and the subplot each new season. I can’t wait to see what happens in the new season.

I honestly hope Meredith & DeLuca work it out. I know that’s not a popular opinion but I feel like it was meant to be them. He gets her in a way no one has since Derek. But I’m kinda over Catherine. I can’t wait to see whats next. I think it would be awesome if they hit 20 Seasons & I will be there to watch ever single episode (repeatedly) #greysfanforlife