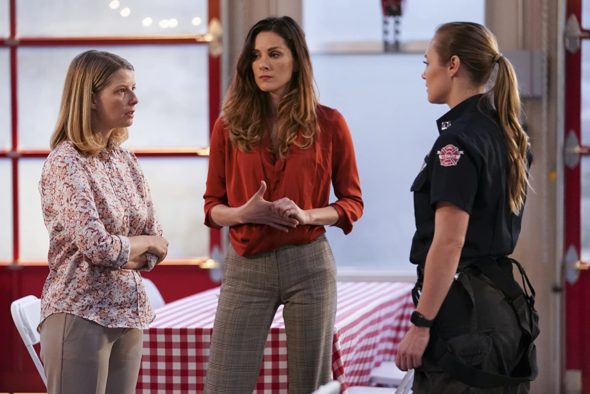 The long-running medical drama Grey’s Anatomy is headed into its 17th season while its spin-off series Station 19 will debut its fourth season during the 2020-21 season.

I am so excited to add Anthony Hill, Stefania Spampinato and Richard Flood to the ‘Station 19’ and ‘Grey’s Anatomy’ families. They are huge talents who made a big impact with our fans, with our casts and with our writers who are eager to write more for them.”

What do you think? Do you watch Station 19 and/or Grey’s Anatomy? Are you looking forward to the new seasons of these ABC series?

They are both one of my favorite shows

station 19 is about firefighters or sex?

Yes and yes. Love both series and will definitely watch.

I have been watching both since they started, Grays is dragging, but 19 is really great. My complaint ? Would be sometimes the “sex” is really not relevant to the show .

These are one (two) of the best shows on tv. They need to continue.

Disappointed they are expanding Stephania’s role. She has rubbed me wrong from day 1 on Greys.

I can’t wait to see the return of Greys Anatomy and Station 19 when they both return in the fall.

I love station 19. Have been watching since day 1. Can’t wait for it to come back on.