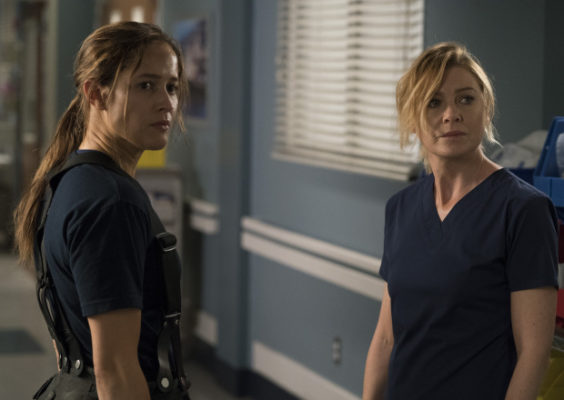 Shonda Rhimes fans are in for a treat. ABC just announced a Station 19 and Grey’s Anatomy crossover event will air in May.

Worlds will collide in Seattle once again, as ABC is set to air a TGIT crossover event on Thursday, May 2, featuring all-new episodes of “Grey’s Anatomy” and “Station 19” from 8:00-10:00 p.m. EDT.

The TGIT crossover event kicks off with an all-new episode of “Grey’s Anatomy,” entitled “What I Did for Love,” where Maggie treats one of Station 19’s own, and Jo learns a hard lesson. Meanwhile, when working with a family seeking asylum, Meredith makes a call that could jeopardize her career on “Grey’s Anatomy,” THURSDAY, MAY 2 (8:00-9:01 p.m. EDT), on The ABC Television Network, streaming and on demand. Jaina Lee Ortiz, Jason George, Boris Kodjoe and Brett Tucker guest star.

“What I Did for Love” was written by Mark Driscoll and directed by Jesse Williams.

The second hour of the TGIT crossover event is an all-new episode of “Station 19,” entitled “Always Ready.” Following a deadly blaze inside a coffee beanery, the members of Station 19 find themselves on high alert as a beloved member of their team lands at Grey Sloan, leaving the future uncertain in the face of a life-threatening situation, on “Station 19,” THURSDAY, MAY 2 (9:01-10:00 p.m. EDT), on The ABC Television Network, streaming and on demand. Brett Tucker, Kelly McCreary and Jake Borelli guest star.

“Always Ready” was written by Tia Napolitano and directed by Nicole Rubio.

“Grey’s Anatomy” and “Station 19″ are broadcast in 720 Progressive (720P), ABC’s selected HDTV format, with 5.1-channel surround sound. A TV parental guideline will be assigned to these episodes at a later date.”

What do you think? Do you watch Grey’s Anatomy and/or Station 19? Are you excited for the crossover?

I have been watching Grays for A LONG LONG time like it , hate it sometimes…like 19 but not so much when they make it about sex , some is ok but …..

I love both shows and a crossover would be great

I CAN’T WAIT for this crossover. LOVE both shows!!!

I love both shows and the crossover would a special treat for me!