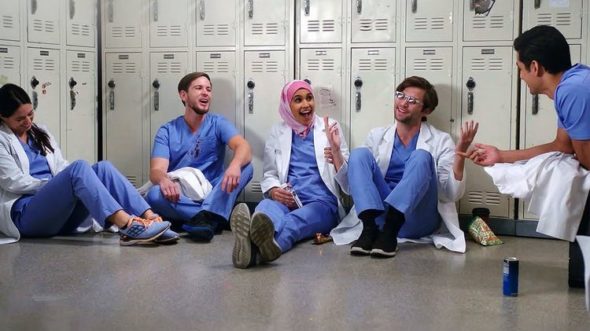 All six episodes of Grey’s Anatomy: B-Team are currently available to stream on ABC.com and the ABC app.

Grey’s Anatomy: B-Team,” produced by ABC Studios and Shondaland, follows the latest batch of newbie doctors as they navigate their way through Grey Sloan Memorial. Series regular Sarah Drew makes her directorial debut, directing this six-episode series that focuses on the new interns’ first day as surgeons forced to tackle the pressures of high-stakes medicine and difficult patients under the watchful and stern eye of Chief Bailey (Chandra Wilson). All six episodes in the series are available now on ABC.com and the ABC app.

The web series was written by Barbara Kaye Friend and directed by Sarah Drew.

What do you think? Are you a fan of Grey’s Anatomy? Will you watch the web series?

It is getting old….move on !