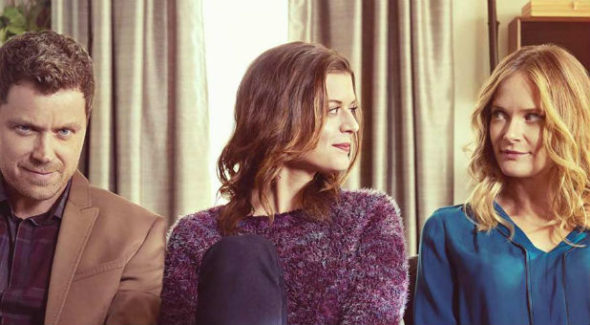 AT&T Audience is ready for the new year. Recently, the network announced the new and returning TV shows for 2018.

Returning series include romanitc comedy You Me Her, which debuts its third season on March 20th at 10 p.m. ET/PT, and season two of the crime drama ICE (March 28th at 10 p.m. ET/PT). New shows include Condor (June 6th at 10 p.m. ET/PT), a drama that follows “a young CIA analyst who stumbles onto a terrible but brilliant plan that threatens the lives of millions.”

El SEGUNDO, Calif., Jan. 11, 2018 – AT&T* AUDIENCE Network is ringing in the first half of the new year with a full slate of original series programming. The new series premiere and season pick-ups are available exclusively on DIRECTV, DIRECTV NOW and AT&T U-verse.

“Condor,” AUDIENCE Network’s new conspiracy thriller series produced by MGM Television and Skydance Television, will premiere on Wednesday, June 6 at 10 p.m. ET/PT. Based on the novel “Six Days of the Condor” by James Grady and screenplay “Three Days of the Condor” by Lorenzo Semple Jr. and David Rayfiel the series will follow a young CIA analyst who stumbles onto a terrible but brilliant plan that threatens the lives of millions. Teleplay by Jason Smilovic and Todd Katzberg, “Condor” stars Max Irons, William Hurt, Leem Lubany, Angel Bonanni, Kristen Hager, with Mira Sorvino, and Bob Balaban; special guest star Brendan Fraser. Smilovic serves as showrunner and executive producer for the series.

AUDIENCE Network and eOne will also bring back a third season of the popular polyamorous romantic comedy series, “You Me Her.” The show is set to premiere on Tuesday, March 20 at 10 p.m. ET/PT with Greg Poehler, Rachel Blanchard, Priscilla Faia and Melanie Papalia reprising their roles.

“AUDIENCE is coming into 2018 with compelling shows that will continue to entertain our viewers in new and different ways,” said Dan York, Chief Content Officer, AT&T. “The support we’ve received from fans and critics has been exciting for all of us and we’re thrilled to bring our viewers more engaging entertainment in 2018.”

AUDIENCE is also growing its slate of original documentary series. New docuseries to watch out for are, “REFUGE,” shedding light on various refugee groups around the world and “The Pitch,” which focuses on different aspects of soccer. Both 6-half hour docuseries will premiere on Wednesday, Feb. 14.”

What do you think? Do you watch any shows on AT&T Audience Network? Which series will watch this year?