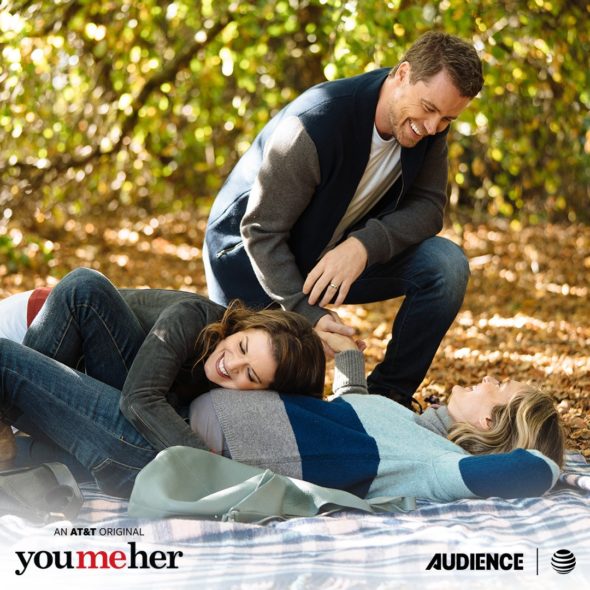 Will there be further adventures in throupling? Has the You Me Her TV show been cancelled or renewed for a fifth season on Audience? The television vulture is watching all the latest TV cancellation and renewal news, so this page is the place to track the status of You Me Her season five. Bookmark it, or subscribe for the latest updates. Remember, the television vulture is watching your shows. Are you?

We don’t have to worry whether Audience will cancel or renew You Me Her for season five. The satellite network picked up the fifth season, along with season four, back in July of 2018. Season five will be the end. Since they don’t run ads, Nielsen doesn’t collect ratings, so I’ll keep an eye on the trades and press releases, and update this page with any developments. Subscribe for free alerts regarding You Me Her cancellation or renewal news.

You Me Her Cancellation & Renewal Related Links

What do you think? Are you glad that the You Me Her TV show has been renewed for a fifth and final season? How would you feel if Audience had cancelled this TV series, instead?

I’m really sad to see ‘You, Me, Her’ ending so soon! It’s really funny, it can be touching, has great cast and most of all, it’s relative meaning it’s been nice to have a show that wasn’t a cookie cutter/main-line/heteronormative type show. It’s truly been refreshing and I’ll miss it!