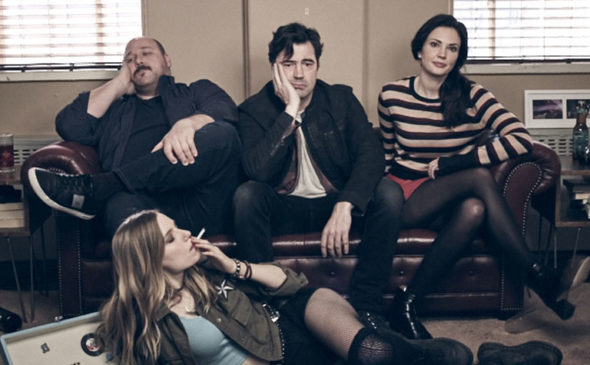 An AT&T Audience Network comedy, Loudermilk stars Ron Livingston, Will Sasso, Anja Savcic, Timothy Webber, and Brian Regan. The story centers on Sam Loudermilk (Livingston), a recovering alcoholic. In his opinion, getting sober was much simpler than getting his life together. Season two kicks off after a relapse in New Orleans and a falling out between Sam and best friend and sponsor, Ben (Sasso). Now he’s back in Seattle and trying repair his life. While he still has a knack for helping others, Loudermilk just may find that the person who needs the most work is himself.

Unless they decide to publicize viewership, it is difficult to predict whether AT&T Audience Network will cancel or renew Loudermilk for season three. For now, I’ll keep an eye on the trades and press releases and update this page with breaking developments. Subscribe for free Loudermilk cancellation or renewal alerts.

12/5/18 update: Loudermilk has been renewed for a third season. Details here.

What do you think? Were you hoping that the Loudermilk TV show would be renewed for a third season? How would you feel if this show had been cancelled instead?

LOVE LOUDERMILK! ONE OF THE FUNNIEST SHOWS I HAVE SEEN IN A LONG TIME! PLEASE RENEW FOR SEASON 3 AND MORE!!