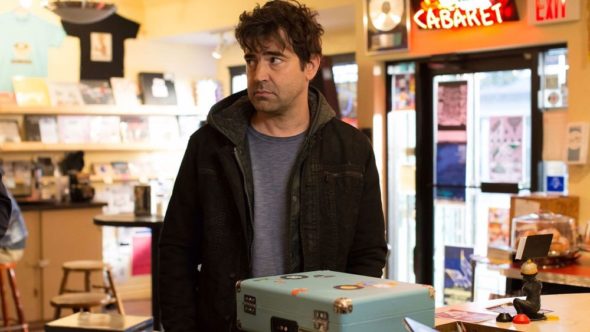 Sam Loudermilk’s trials and tribulations are far from over. AT&T Audience Network has renewed the Loudermilk TV show for a third season of 10 episodes. The second season of the comedy series is currently airing and will conclude on December 19th. Season three will begin shooting in the spring in Vancouver.

EL SEGUNDO, Calif., Dec. 5, 2018 – AT&T AUDIENCE Network has picked up its original comedy series “Loudermilk” for a 3rd season. Production for the 10 30-minute episodes is scheduled to begin in spring in Vancouver with the premiere launching later in the year.

Big Branch Productions will continue to co-produce the scripted series.

“I couldn’t be happier going back to work on the third season of Loudermilk,” said Farrelly. “I’m working with hilarious and talented actors on the most writer-friendly network in town.”

“I can’t wait to dive back into Sam Loudermilk’s world and the dysfunctional family of misfits he’s surrounded himself with,” said Mort. “If Sam wasn’t sober, I’m sure he’d be popping open bottles of champagne to celebrate. I’m looking forward to working with Pete, Big Branch, and AT&T AUDIENCE Network on season 3!”

“Whether it’s his blunt attitude or no-nonsense approach to life, fans have fallen for Sam Loudermilk,” said Daniel York, chief content officer and senior executive vice president at AT&T. “We’re looking forward to bringing the show back for another season and can’t wait to see what comedic masterminds Peter and Bobby have in store.”

“With the extraordinary comedic vision of Peter and Bobby, and their collaboration with our incredibly talented cast and our great friends at AT&T AUDIENCE Network, Loudermilk fans are in for an unforgettable 3rd season,” said Bart Peters.

After a relapse in New Orleans and a falling out with his best friend and sponsor, Ben (Will Sasso), Loudermilk (Ron Livingston) is back in Seattle for season 2 trying to piece his world back together. With his “Sober Friends” meeting hijacked, a messy new relationship, and a stumbling start back into writing, Loudermilk is forced to do a little soul searching (which he hates) and decide what he wants from life. While he still has the ability to help those around him, Loudermilk just may find that the person who needs the most work is himself.

“Loudermilk” seasons 1 and 2 episodes are available OnDemand on all DIRECTV platforms. AT&T AUDIENCE Network is available on DIRECTV Ch. 239 and via live streaming on the DIRECTV app and DIRECTV NOW and WatchTV.

*About AT&T Communications
We help family, friends and neighbors connect in meaningful ways every day. From the first phone call 140+ years ago to mobile video streaming, we innovate to improve lives. We have the best network according to America’s biggest test.** We’re building FirstNet just for first responders and creating next-generation mobile 5G. With DIRECTV and DIRECTV NOW, we deliver entertainment people love to talk about. Our smart, highly secure solutions serve over 3 million global businesses – nearly all of the Fortune 1000. And worldwide, our spirit of service drives employees to give back to their communities.

Its latest lineup includes an adaptation of Stephen King’s “Mr. Mercedes” and conspiracy thriller “Condor.” Original comedies include “Loudermilk” and the industry-first polyamorous romcom “You Me Her.” AT&T AUDIENCE Network brings viewers real drama with its original documentaries “Give Us This Day” and “Alone In The Game” and intimate celebrity interviews on “Off Camera with Sam Jones.” “The Dan Patrick Show” and “The Rich Eisen Show” offer sports fans live, daily news from renowned sports journalists. And “Undeniable with Dan Patrick” puts viewers front row for in-depth chats with sports icons like Derek Jeter and Michael Phelps. Plus, music fans can see exclusive concerts by today’s hottest artists on AUDIENCE Music. It’s original entertainment you won’t see anywhere else.

About Big Branch Productions
With offices in Los Angeles and Nashville, Big Branch Productions, headed by President Bart Peters, is strategically positioned at the crossroads of entertainment, creating original content across programming genres (scripted, unscripted, documentary, commercial and music events) for a variety of distribution platforms, including television and film, streaming services and VOD, as well as producing live audience events and concert series.

What do you think? Are you glad that the Loudermilk TV show has been renewed for a third season?

Love this series. So funny. I especially like Brian Regans character and the chubby guy;don’t know his name (sorry). Hilarious. Livingston’s Loudermilk is perfect as the leader of this crazy pack.

This is a very funny show. We love it.. so glad we have a 3 season to look forward to .
S