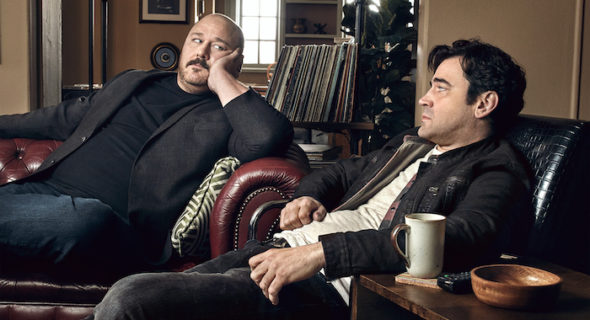 If you have access to the AT&T Audience Network, get ready to laugh again. The service has announced that season two of their Loudermilk TV show will debut on October 16th at 10 PM ET/PT. Brothers Peter and Bobby Farrelly will each direct episodes on season two.

AT&T AUDIENCE Network will kick off its fall slate with the premiere of the second season of its critically acclaimed original comedy series, “Loudermilk.” The new season starts on Oct. 16 at 10 p.m. ET/PT.

After a relapse in New Orleans and a falling out with his best friend and sponsor, Ben (Will Sasso), Loudermilk (Ron Livingston) is back in Seattle trying to piece his world back together. With his “Sober Friends” meeting hijacked, a messy new relationship, and a stumbling start back into writing, Loudermilk is forced to do a little soul searching (which he hates) and decide what he wants from life. While he still has the ability to help those around him, Loudermilk just may find that the person who needs the most work is himself.

The original comedy is produced by Big Branch Productions.

What do you think? Have you seen the Loudermilk TV show on AT&T Audience Network Unveils? Will you be watching season two? Are you hoping for season three?

Love Loudermilk ! What about Hit the Road ?We love that also.