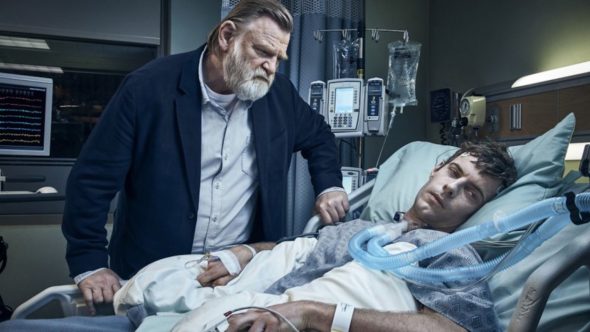 AT&T Audience Network has ordered 10 episodes of Mr. Mercedes for season three. You can read more info below:

EL SEGUNDO, Calif., Nov. 19 2018 – Following the dramatic finale of season 2 of “Mr. Mercedes,” AT&T AUDIENCE Network has picked up this critically acclaimed drama for a 3rd season. Production for the 10 1-hour episodes is scheduled to begin in early 2019 in Charleston, South Carolina with the premiere launching later in the year.

The series is produced by Sonar Entertainment.

Returning for the 3rd season will be David E. Kelley (“Big Little Lies,” “Ally McBeal”) to oversee the writer’s room and Jack Bender (“Lost,” “Under the Dome”) to direct. In addition to King, Kelley and Bender, Marty Bowen and Wyck Godfrey of Temple Hill Entertainment, Tom Lesinski and Jenna Santoianni of Sonar Entertainment, and Shane Elrod and Kate Regan of AT&T AUDIENCE Network will continue to serve as executive producers.

“I am extremely proud of our show,” said Bender, “and I couldn’t be more excited to continue unraveling this story with Stephen King, David E. Kelley and our superlative cast led by Brendan Gleeson.”

“Mr. Mercedes has resonated with such a wide audience, so we’re thrilled to bring it back for a third season for our customers,” said Daniel York, senior executive vice president and chief content officer for AT&T. “David E. Kelley, Jack Bender and Sonar have crafted a series that honors the original work by Stephen King and we can’t wait to see where they take the show in a ‘post-Mr. Mercedes world.’”

“AT&T AUDIENCE Network has been a great partner and we are delighted to continue this journey with them,” said Tom Lesinski, CEO, Sonar Entertainment. “We look forward to the new storylines the outstanding creative team will be developing.”

The 2nd season of “Mr. Mercedes” took place a year after Brady Hartsfield’s thwarted attempt to perpetrate a second mass murder in the community of Bridgton, Ohio. Since the incident, Hartsfield had been hospitalized in a vegetative state. Retired Detective Bill Hodges did his best to move on from his Brady obsession, teaming up with Holly Gibney to open Finders Keepers, a private investigative agency. But when unexplainable occurrences began to affect hospital staff members attending to Brady, Hodges was haunted by the feeling that Brady was somehow responsible.

“Mr. Mercedes” season 1 and 2 episodes are available OnDemand on all DIRECTV platforms. AT&T AUDIENCE Network is available on DIRECTV Ch. 239 and via live streaming on the DIRECTV app and DIRECTV NOW and WatchTV.

What do you think? Have you seen Mr. Mercedes? Are you excited for season three?

Hoping it gets renewed.

Love love love it, just wish you would add to NETFLIX

Can’t wait! Great cast and different from most series in many ways!