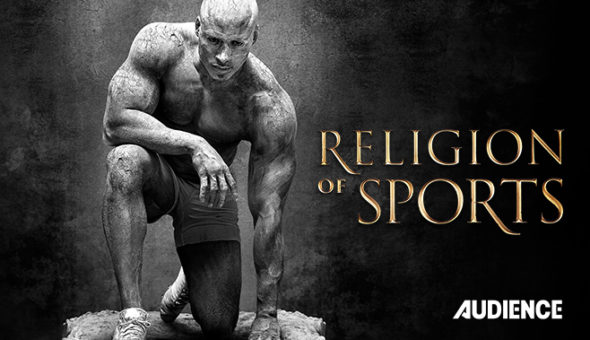 Religion of Sports will return. Today, AT&T Audience Network announced the TV show will return for a third season in November.

From Tom Brady, Michael Strahan, and filmmaker Gotham Chopra, the docuseries “highlights stories from across the globe through tales of rivalries, cultural differences and competition.”

EL SEGUNDO, Calif., June 26, 2018 — AT&T* AUDIENCE(R) Network has picked up a 3rd season of its original documentary series, “Religion of Sports.” With 2 successful seasons in the books, the popular show is set to return Nov. 21 at 8 p.m. ET/PT.

“Three years ago, teaming up with Gotham and Michael on Religion of Sports kickstarted what has now turned into a true religion for me,” Brady said. “Sports bring people together unlike anything else, and season 3 captures that better than ever.”

“Religion of Sports has shined a light not only on niche sports here in the states, but also on international sports that truly affect people’s lives,” Strahan said. “I’m grateful to have been a part of this project. I look forward to viewers seeing the 3rd season where we delve into iconic cultural sports like freediving, Icelandic soccer and motorcycle racing.”

Season 3 of “Religion of Sports” packs a range of compelling stories from around the world. Here are the highlights.

Isle of Man TT – Located on a small island between Ireland and North England, this story will follow the most dangerous motorcycle race in the world. Riders must navigate the old, windy roads of a small English village at speeds close to 200 mph.

Icelandic Soccer – With the 2018 World Cup this summer, this episode will take an in-depth look at Iceland’s national soccer team. Standing as the smallest nation to ever qualify for the World Cup, Iceland kicks off the most popular tournament in the world playing powerhouse Argentina and Lionel Messi.

Rezball – Highlighting the biggest event in the Rezball calendar, this feature follows the Native American Basketball Invitational. The massive knockout-style tournament features indigenous teams from around the country.

Freediving – 2 of the best free divers in the world go head to head in the Vertical Blue competing to be crowned the best diver.

“Considering this series has been a life-long dream of mine, it’s still amazing to me that we’re actually making it – and now into our 3rd season,” Chopra said. “Over that time, we’ve managed to pull together an inspiring team of passionate creators who scour the planet looking for the most moving stories they can find. I feel privileged to be a part of this process, which is now so much bigger than me. I have full confidence that season 3 will be our best yet.”

“Tom, Michael and Gotham dug deep to find stories that showcase the unique aspects of sports in society and provide insight into cultures viewers likely would have never been exposed to,” said Dan York, senior executive vice president and chief content officer for AT&T. “We’re pleased to give the team a platform to bring these features to life.”

What do you think? Have you seen Religion of Sports? Will you watch the new season?