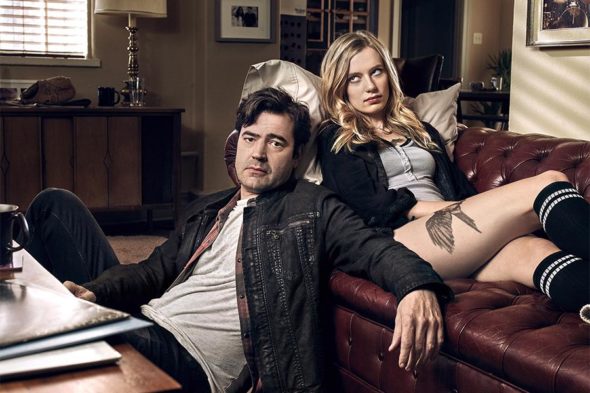 Loudermilk is back in action! AT&T Audience Network just announced filming has begun on the TV show’s third season.

The comedy series centers on Sam Loudermilk (Ron Livingston), a recovering alcoholic. Despite working as a substance abuse counselor, Sam doesn’t bother to filter his thoughts and exudes a horrible attitude about everything. The cast also includes Will Sasso, Anja Savcic, Laura Mennel, Toby Levins, Mark Brandon, and Timothy Webber.

Season three of Loudermilk just began filming in Vancouver. AT&T Audience Network hasn’t released a premiere date yet, but you can read more info below:

Returning for season 3 are Ron Livingston (“A Million Little Things”) as Sam Loudermilk, Will Sasso (“United We Fall”) as Ben and Anja Savcic (“Extraterrestrial”) as Claire.

Still reeling from his father’s death, Loudermilk finds himself the caretaker of his much, much, MUCH younger half-brother after the kid’s mom drops him off on Sam’s doorstep. Barely equipped to deal with his own issues, Loudermilk leans on Ben, Claire, and his Sober Friends group to be the family his little bro desperately needs. And just when it seems like Loudermilk’s glass half-empty worldview couldn’t get worse, he has to watch friends (and enemies) make big strides forward, while everything in his world is decidedly stuck in neutral.

“I can’t wait to get started on season 3 of Loudermilk, to step back into Sam’s skin and see what Pete Farrelly and Bobby Mort have dreamed up to incense and annoy him,” said Ron Livingston. “And to again get to watch our outstanding cast and crew do their collective thing.”

What do you think? Have you seen Loudermilk? Will you watch season three?

Can’t wait for season 3. One of the best shows on TV. Hurry up

Not sure why I identify Ron’s characters but I got hooked with Office Space and now I’m a devoted follower. Looking forward to season three and please BRING BACK ROGER!

I absolutely love ‘Loudermilk’! There is nothing else on T.V., and/or streaming services out there like this show. It’s a unique, witty and extremely creatively funny show. I can’t wait for the third season and I hope the producers and directors don’t stop at season three. This show brought the biggest smile to my face each week and I looked forward to watching. Please don’t take my smile away from me : ) More Loudermilk please?