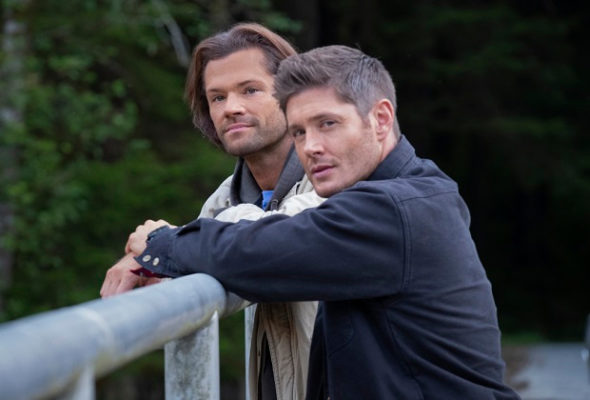 Supernatural ended after fifteen seasons on The CW late last year, and series showrunner Andrew Dabb has revealed the original plan for the series finale.

The basic idea of the Supernatural finale would have remained the same, with Dean dying during a hunt, Sam continuing to live his life until he dies as an old man, and the brothers being reunited in their heaven.

The original ending would have found Dean and Sam surrounded by friends and family inside the Roadhouse bar. Any former character who had had an impact on Sam and Dean’s life would be there, and the cameos would have been available to any actor who was willing to fly to Vancouver to film the episode. The band Kansas would have been present, playing the show’s “official unofficial” theme song, Carry On Wayward Son.

The pandemic changed things drastically, however. Production shut down before the last two episodes could be completed so part of season 15 wasn’t aired until Fall 2020.

Dabb said the following about how The CW series ended, per TV Insider:

“I love what we have now, Dean in the car on the open road, but I have to admit that I sometimes think about our original idea — all of Sam and Dean’s family and friends, and one of the greatest rock bands ever on a masterpiece of a set, and I miss it…even though it never really existed. I miss what it could have been.”

What do you think? Would you have wanted to see the original ending for Supernatural? Were you happy with how the series ended on The CW?

The original ending you had in mind would have been great but why end it at all? This is one of my favorite shows of all time. I downloaded and subscribed to Netflix just so I could see all the episodes at it was taken off the CW sites. I would love to see a comeback of Supernatural with the original characters. Dean is smoking hot!

The original ending you chose would have been superb.

I think the ending that was originally thought of would have been fitting for this superb show I will always miss. Too bad the powers that be took THAT away from us, too. It was a bad year in so many ways I cannot count. We deserved the Kansas ending and it would have been the party we all could have enjoyed as our Winchester boys bowed out!!

The original ending would have been awesome to see, especially having Kansas there.

Both ending were betrayals to the fans who had 15 years invested in the show. This went from being a show I loved to a show I will forever tell anyone I know who has not watched the show to stay away from at all cost as it is not worth getting invested in. I will also never watch any show Dabb has anything to do with every again.

Wow. That would have pretty great.

Thank goodness it ended the way it did. That original ending sounds gaudy and horrible.

The original ending would’ve been so much better … also including Castiel and Jack, of course!

I love the ending the way it was originally planned!!! That would have been so epic!! Damn you Coronavirus!!