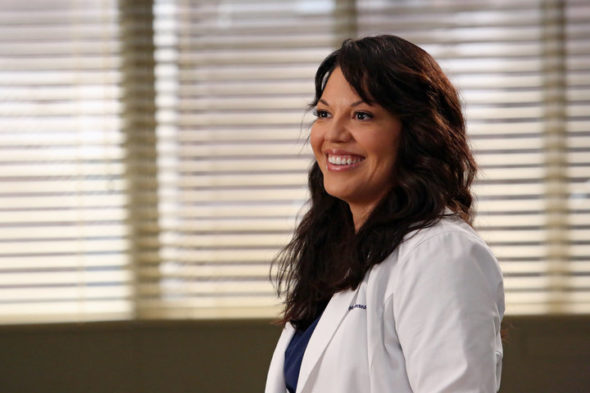 Is Callie Torres coming back to Grey’s Anatomy? Deadline reports Sara Ramirez may return for season 15 of the ABC TV show.

On Twitter, Ramirez said it’s up to ABC if they want Callie back on Grey’s Anatomy. Season 15 premieres tonight, September 27th, at 8 p.m. ET/PT.

What do you think? Do you watch Grey’s Anatomy? Do you want Dr. Torres back?

yes, I would like to see Dr. Callie Torres back in Greys Anatomy. I enjoy the show and the complexity of the dramas tackle by the series. Thanks Ms. Shonda Rimes.

I have enjoyed this show and believe it it helped me get through my divorce. I had something to look forward too on Thursday nights. Popcorn and a beer to watch the show. I would miss this amazing show if it’s cancelled. Yes bring back Callie and transition the show around her character.

I love Greys. Callie Torres is my favorite character. I have watched every season every episode 3 times through season 12. Bring Callie back please

God i hope not. She was one of the most annoying ppl on this show. Keep her away please.