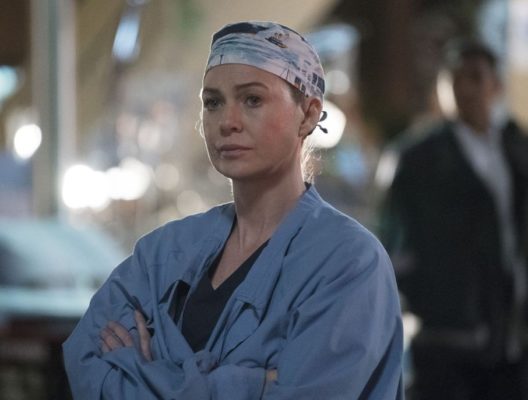 Speaking to Deadline, Pompeo revealed she’s signed on for seasons 15 and 16 of Grey’s Anatomy:

I’ve been saying since season one, “We have two more years.” This show, it’s taking on a life of its own, and who knows? We take it season by season really.”

And will that be the end of the ABC TV show? Pompeo says her and creator Shonda Rhimes will decide when to end Grey’s Anatomy:

Shonda and I will decide when we end the show, and I think that Shonda will decide how the character ends her journey. That will be all Shonda Rhimes at this stage. Maybe that will change, but I think that until she says otherwise, until she says she wants Krista to decide, or me and Krista to decide, in my mind, she created this show, and it’s her right to end it however she sees fit whenever she sees fit.”

I love the show and I’m not ready for it to end… I hate when the season ends and get excited when the new season starts!!! Keep going!

I have been watching for-ever. I think it is time to wrap it up.

I’ve said this before: if “Grey’s Anatomy” really does lose its namesake, the show should end. What’s the point in continuing “GA” without Ellen Pompeo? No title character, no show. It’s good that Ms. Pompeo decided to renew her contract for “GA”, even if it means surpassing “ER”.