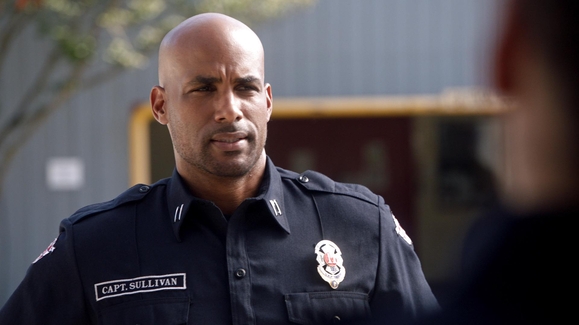 Get ready to see a lot more of Captain Sullivan. TVLine reports Boris Kodjoe has been promoted to series regular for season two of ABC’s Station 19.

What do you think? Do you watch Station 19? Do you like Captain Sullivan?

Love Sullivan and love his storyline with Andy. Keep them together

i love this show…..the new cap. is a little rough around the edges but we will see how he plays out…overall , i just love the show and the cross over with grays !!!!

I’m so happy! I loved him in Code Black and he’s great in Station 19 too. And very easy on the eyes! Handsome man in a good role on a good show. Happy TGIT!