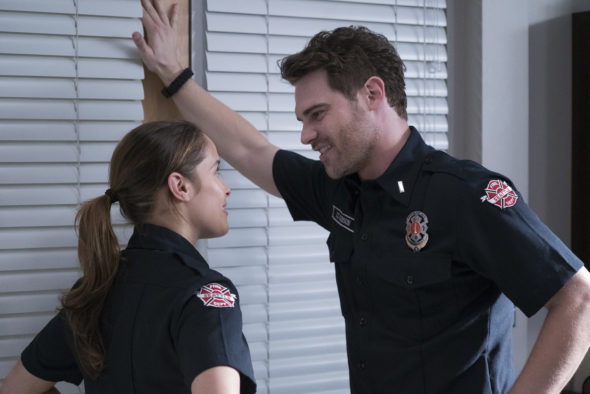 Although ABC has not officially renewed Station 19 for a third season, the full season order bodes well for the drama series. So far, season two is averaging a 1.05 rating in the 18-49 demo and 5.266 million viewers.

You can read more info from ABC below:

In the Live + 3 Day ratings, “Station 19” built on its season premiere by 24% in Total Viewers and by 25% in Adults 18-49 to set new series highs. On average through its first two episodes, the ABC sophomore drama is drawing an audience of 7.9 million viewers and is delivering a 1.8/7 in Adults 18-49.

What do you think? Are you watching Station 19? Do you want a third season?

I want Station 19 back on the air

Please bring station 19 back! We love it in Oklahoma!

I really wish that Station 19 comes back on.

Please bring station 19 back! I love it!

Yes please bring back station 19 for a third season

Yes a third season. i don’t like Andy with anyone, she is an independent woman and think she should stay that way !!!!

I completely agree. But if they put her with someone, I think it should not be a firefighter or a cop. Too much workplace drama overshadows the series.

Yes. I love the shows and all the characters. Please continue with more episodes.