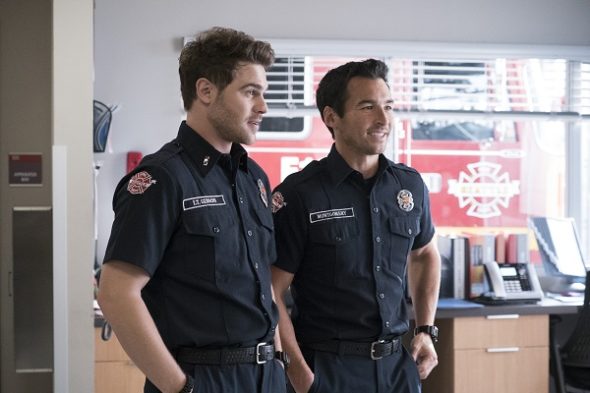 Another win for Shonda Rhimes. Variety reports ABC has renewed Station 19 for a second season.

While ratings for Station 19 are not as strong as Grey’s Anatomy‘s, the show’s first season is still performing decently. So far, the ABC series is averaging a 1.05 rating in the 18-49 demo and 5.290 million viewers.

What do you think? Do you watch Station 19? Will you watch season two?

love the show!! it seems you get to like certain shows and look forward to watching and they take it away:(

I LOVE Grey’s Anatomy and I really liked Private Practice, but I am not into this show. I can’t concentrate when watching it. It’s kinda boring. Should’ve kept Private Practice as the spin off!

I love Station 19…DO NOT LEAVE US HANGING!!!!! continue the show…….
You can cancel all the scrappy reality shows!

Without Vic and Ripley the show no appeal to me. I will no longer watch the show.

Hope to see a lot more of Ripley next season. Would like to see him in the role of mentor and protector, both in dangerous situations as well as in PR and in keeping the firefighters from sabotaging themselves, even when they don’t see it. The Ripley character brings a little needed maturity to the firefighters’ competitions among themselves and their sense of superiority over other stations.

Yes I watch and I hope it will be continued

Very good I didn’t get hooked on greys anatomy. But this was great waiting for season 2

Yes it is very good cannot with who survies .

Station 19 is a phenomenal show please don’t cancel. We love the show.

Station 19 is a great show but captain story line is getting old fast. Seem like show needs to move past this.

I do watch it and I will watch it !!! It is a fairly good show. I like several of the cast members.

Pretty much expected. Whilst I do like the continual tie in with Greys Anatomy, which adds to the appeal, it does need to break free of the typical Shonda style to become something that stands on it’s own merits.