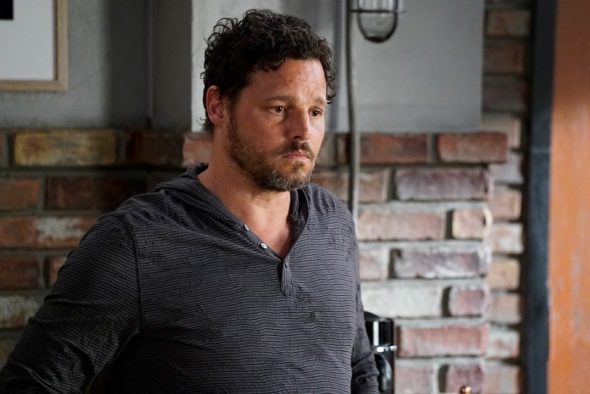 Is the 16th season of ABC’s Grey’s Anatomy TV show good for what ails you? As we all know, the Nielsen ratings typically play a big role in determining whether a TV show like Grey’s Anatomy is cancelled or renewed for season 17. Unfortunately, most of us do not live in Nielsen households. Because many viewers feel frustration when their viewing habits and opinions aren’t considered, we invite you to rate all of the season 16 episodes of Grey’s Anatomy for us here.

What do you think? Which season 16 episodes of the Grey’s Anatomy TV series do you rate as wonderful, terrible, or somewhere between? Are you glad that Grey’s Anatomy on ABC has been renewed for a 17th season? Don’t forget to vote, and share your thoughts, below.

Love this show. I loved Scandal too and it was sad seeing it go. But, pleaseeeeeeeee keep Grey’s going.

This show is an institution. I cannot imagine it not being on TV.

I love this show but the way they wrote off Alex was horrible. Most people cannot stand Izzy. . Now I hear that DeLuca will be leaving The chief looks like he has Parkinson’s. So sad.

Please don’t ever take Grey’s away. Ever. I’ve been a big fan since the long ago beginning. It would be seriously sad if I didn’t have this show on my DVR. Thank you for keeping it on so long. 🙂

The direction this show has taken this year is depressing and disappointing. Every episode seems to get worse. Now we have ANOTHER new annoying doctor as chief of Pediatrics? Spare me — PLEASE!

Well I have been watching a long time, but it depends where it goes, if I will continue to watch and like it . Many shows ware out their tv life . They can no longer keep people engaged .

I have been a fan since the first episode. I will always be a fan even though thrust have covered every I’ll es and death. It was great seeing the show again. It has been a long summer without my favorite shows.