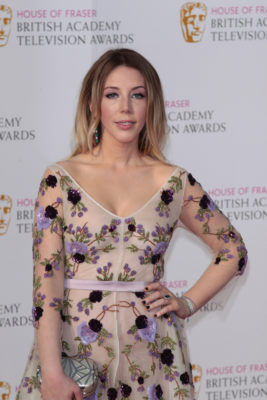 Katherine Ryan is returning to Netflix. Today, the streaming service announced they’ve ordered a new stand-up special and TV show from the comedian called The Duchess.

The scripted series “follows the powerful and problematic choices of a fashionably disruptive single mom living in London.” Ryan will write, produce, and star in the comedy.

Netflix has ordered six episodes of The Duchess. You can read more info below:

British-based actress and comedian Katherine Ryan will return to Netflix with a new scripted series and stand-up comedy special. Details on both titles are below.

Katherine Ryan will write, EP and star in her debut scripted series The Duchess, following the powerful and problematic choices of a fashionably disruptive single mom living in London. Her daughter, Olive, is her greatest love so she debates a second child with her greatest enemy — Olive’s dad. Can two wrongs make another right?

Katherine Ryan will bring her acclaimed, sold out 2018 UK tour show Glitter Room to Netflix for an hour-long stand-up comedy special after an unprecedented four week run at London’s Garrick Theatre in the West End.

The special tapes on December 11 at The Belasco Theater in Los Angeles and launches globally in 2019.

What do you think? Are you a fan of Katherine Ryan? Will you watch The Duchess?