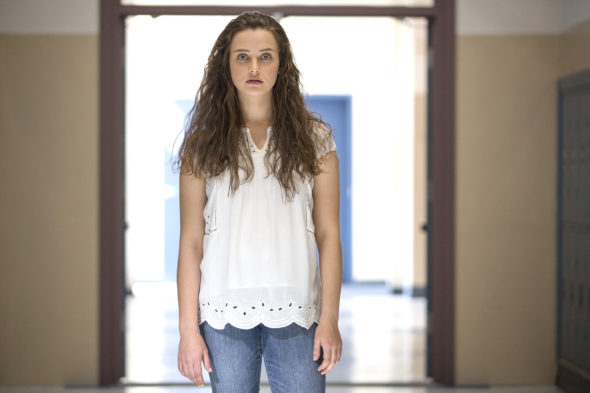 Hannah Baker is gone for good. Deadline reports Katherine Langford will not return to 13 Reasons Why if Netflix renews the TV show for a third season.

Season two of 13 Reasons Why just premiered earlier this month. Netflix has yet to announce a season three renewal, but Langford says she won’t reprise the role of Hannah if the show does return:

For me, we told Hannah’s story so fully in Season 1. In a way, doing that scene in episode 13, I’ve so often referred to it as it was the hardest scene because it’s the scene where I had to let her go. I think coming back this season was challenging because it was playing her but not really her.

It was kind of like being in purgatory for Season 2, and then being able to officially say goodbye to her. It definitely felt like time. For me, letting Hannah go was in Season 1; Season 2 was for Clay to let her go. It was being able to assist Clay on that journey.”

What do you think? Are you a fan of 13 Reasons Why? Do you want a third season?

That’s actually a good thing, I can’t wait to see what happens next. There’s a lot more to explore because kids will always be in school and will always experience difficulties. This show is a learning tool on how kids can find other ways to cope with those difficult experiences in a proper manner.

Really good show, very relatable and great acting by all involved. Was surprised to see it return for Season 2 but glad it did – still very enjoyable, but time to end it.

For me Season One was enough. No need for Season Two (I haven’t seen it yet)