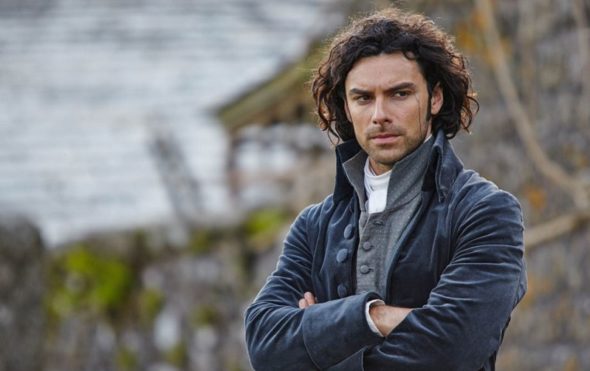 What’s next for Poldark? Digital Spy reports season five may be the last for the BBC One TV show.

The period drama, which airs on PBS in the U.S., follows Ross Poldark (Aidan Turner), a British soldier who returns to his English home after fighting in the American Revolution. The cast also includes Eleanor Tomlinson, Ruby Bentall, Beatie Edney, and Jack Farthing.

In a recent interview, Turner told Digital Spy season five could be the final season for Poldark:

You don’t want things to go on too long and just limp out the backdoor. So I think next year [the fifth series] might be the last one – certainly for a while. We may come back. Who knows?”

However, it’s not all bad news. Turner said he may return to the UK series in 10 years or so since there’s a big time jump in the novels:

The jump is huge. But I’m not putting grey in my hair [for the next series] or anything like that. I’ll come back in 10 years and revisit it the right way.”

Season five of Poldark is slated to debut on BBC One in June. PBS has yet to announce a U.S. premiere date.

What do you think? Do you watch Poldark? How many more seasons do you want?

I loved it and was so disappointed after watching episode 5 I kept looking for more. I could watch as many as you would produce. I loved it.