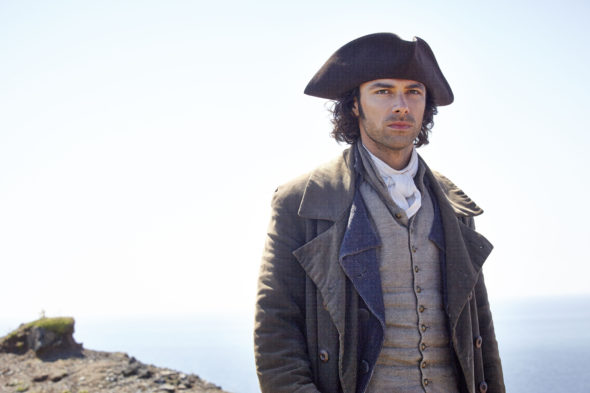 The adventures of Poldark continue. Recently, star Eleanor Tomlinson announced the BBC One TV show has been renewed for a fifth season.

According to RadioTimes, season four of Poldark will likely premiere on BBC One this summer. Meanwhile, PBS has yet to announce a premiere date for U.S. viewers.

#Poldark fans, @ETomlinson has some exciting news from tonight's screening of S4 episode 1. You don't want to miss this announcement! pic.twitter.com/2IoyL4p8Cu

What do you think? Do you watch Poldark? Are you glad it’s getting a fifth season?

So happy to hear that “Poldark “ is being renewed for season 5. Can’t wait; wish that they would have reruns from the very beginning of the show.Just can’t wait!

Enjoy Poldark very much. So glad to hear there will be another season.

Poldark is one of my top three TV series! I truly love this show! It is exciting, romantic, action, history, and has a fabulous cast, and seems so real (perfect acting!). There is always something happening from start to finish! I have re-watched all three series at least five times. I have all the books but I no not read them until the series is shown on TV. I cannot wait until Series Four starts! It is already marked in my calendar! It really has to be a very well-thought out and well-made series for me to love it as… Read more »

One of the best series I have ever watched! I’m really looking forward to Season 4!!! Can’t wait to see what happens!!!!

Love love love Poldark. Haven’t seen the original series or read the books but I love the present series!!

When the original Poldark was on back in the 70’s, there were not as many books written yet and those episodes got us through the books that then existed. Memory serves that in the new series, we are just about half way through what was the 2nd Series of the 70’s Poldark. If it follows the books and story as closely as they have so far ( but far better looking … than the mostly staged 70’s show). a key character is doomed… Season 5 will take us past what has been done before…

I adore Poldark and love both versions and the books as well.