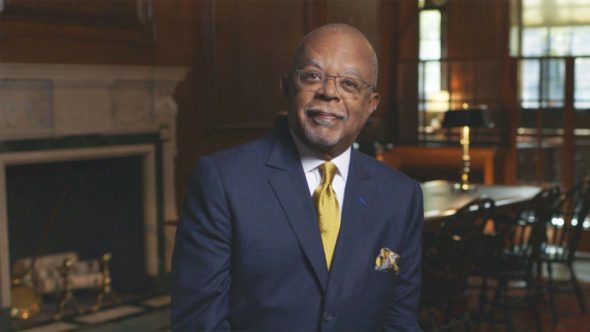 Finding Your Roots will be back in time for the new year. Today, PBS announced the TV show will return for a fifth season in January 2019.

The roots of these guests cover the globe – from Samoa, Nigeria, Taiwan and Sicily to Iran, Ireland, India and Cuba – and almost everywhere in between. Their family trees are filled with compelling characters – slaves and kings, artists and entrepreneurs, abandoned children and missing parents, revolutionaries, soldiers, and a constant flow of ordinary individuals who did remarkable things, laying the groundwork for their successful descendants. Each episode weaves together these stories, gleaned from cutting-edge DNA analysis and old school genealogical detective work. Highlights include a search for Andy Samberg’s biological grandparents, the discovery of Michael Strahan’s deep European ancestry and the solution to a mystery that has plagued Ann Curry’s family for her entire life.

At the center of it all, guiding every discovery, is host and executive producer Henry Louis Gates, Jr., the Alphonse Fletcher University Professor at Harvard University and director of the Hutchins Center for African and African American Research. “I find it inspiring that our fellow Americans are so determined to explore their own ancestral heritage,” said Gates, “precisely at a time when immigration has become such a deeply controversial and sensitive matter. Our series demonstrates each week, in vivid detail and with moving storytelling, that a continuing source of strength for our country is the fact that we are a nation of immigrants. That we can serve as both guide and inspiration to the splendidly exciting pleasure of finding one’s roots is an immense honor. I believe that the more each of us understands about where we came from, about what our ancestors experienced, and how those experiences have shaped us, whether we knew about them or not, the more richly we can live our lives.”

In a very personal episode, the new season also explores Gates’ own DNA story and takes a look at how science and history can inspire the next generation. Concerned about the lack of diversity in STEM education (Science, Technology, Engineering and Mathematics), Gates worked with Penn State professor Nina Jablonski and a committed group of historians, artists, biologists, geneticists, anthropologists, genealogists and educators to develop the “Finding Your Roots Genetics & Genealogy Curriculum,” an educational model that invited students to consider who they are genetically, geologically/socio-culturally and intentionally. Once designed, the team piloted the curriculum in a two-week camp environment at two different locations in the U.S., where students developed hypotheses and research protocols. The project video won Facilitator’s Choice and Viewer’s Choice awards at the 2018 STEM For All Video Showcase, receiving tens of thousands of unique visitors from 154 countries.

· “The Stories Encoded In Our DNA” with Andy Samberg and George R.R. Martin

· “Dreaming of a New Land (Between Worlds)” with Sheryl Sandberg, Kal Penn and Marisa Tomei

· “Into The Wild” with Laura Linney, Michael Moore and Chloe Sevigny

· “The Eye of the Beholder” with Marina Abramovic, Alejandro Innaritu and Kehinde Wiley

· “All in the Family” with Joe Madison, Dr. Gates’ personal DNA story and “The Finding Your Roots: The Seedlings” STEM Camp

In conjunction with the broadcast, co-producer WETA, the flagship public broadcaster in the nation’s capital, will work with stations across the country to encourage viewers to explore and share their family histories via social media using the hashtag #FindingYourRoots on Facebook and Twitter, via Facebook.com/FindingYourRootsPBS and @HenryLouisGates, and on the series companion site, pbs.org/FindingYourRoots.

What do you think? Have you seen Finding Your Roots? Will you watch the upcoming season?

I’ve been watching tv since 1950 . Yes I was five. Finding your roots is the best show ever aired. Louis Gates is so perfect for the show. Smart, kind, wise. I admire such a person that shares his confidence and knowledge with us. I love every thing about him and the show. I wish he’d talk more about white slavery starting in Rome approx. 600AD. Unless I missed that show.

Best most intellectually feeding and exciting show on our fave channel 15, KPBS

I completely agree, and I am dying to know if there will be a 6th season for this great and heartwarming show. Please, please, let there be!

Very excited for season 5 of “Finding Your Roots”! And see more of “The Seedlings” Genetics & Genealogy camp videos at http://www.FYRclassroom.org

Awesome, I Love Finding Your Roots. The show got me started working on my own family research. Thank you so much for renewing it. 🙂