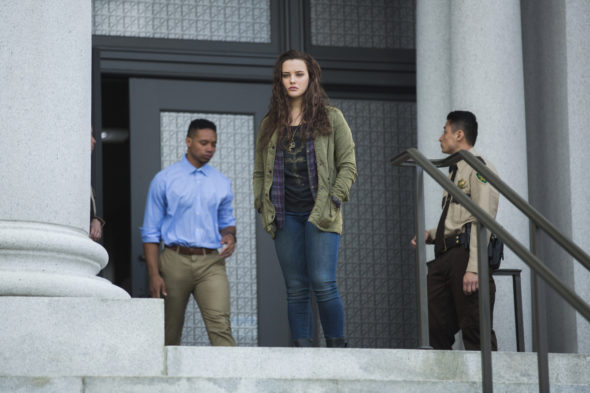 It’s official. Netflix has renewed its 13 Reasons Why TV show for a third season of 13 episodes. The second installment of the Y/A mystery drama just premiered on May 18th. According to the announcement (see below), season three of 13 Reasons Why will debut TBD in 2019.

Today, Netflix confirmed that 13 Reasons Why is confirmed to return for a third season.

What do you think? Have you watched the first two seasons of the 13 Reasons Why TV series? Do you plan to check out season three when it drops to Netflix?

id like to suggest a story line for the show, how about this for a reason why Bryce is a sex offender . when he was 12 or 13 his mothers brother molested him in the same hot tub and when he told his mother about it she didn’t believe it,which is why he doesn’t respect her and he had to continue to do stuff with his uncle that year because one night alex stayed over and his uncle was going to molest alex so he sacrificed himself to protect alex .which actually could lead to a story line of… Read more »