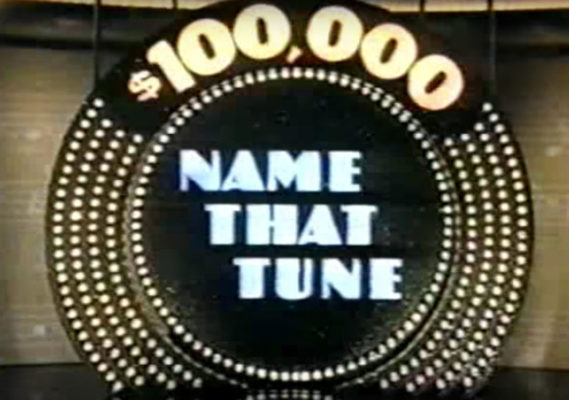 Name CBS’ newest game show! Deadline reports the network has ordered a pilot for a reboot of Name That Tune.

The classic game show began on NBC in 1952 and featured contestants competing against each other “to test their knowledge of songs via hundreds of proven games, including the signature “Bid-a-Note” round.” The series aired on CBS in primetime throughout the 1950s and popular syndicated version was hosted by Tom Kennedy during the 1970s and 80s.

This reboot is just the latest classic game show to be revived. Earlier, we reported Supermarket Sweep is making a comeback and on October 24th, TBS is debuting a reboot of The Joker’s Wild with Snoop Dogg as the host.

What do you think? Do you remember Name That Tune? Would you watch CBS’ reboot?

Absolutely. Bring a new version of Name That Tune to television.

I’ll be looking forward to see the pilot and I hope CBS will order a full series.

Yes, Bring it back!!! We need more of these kind of shows, in this troubled and harsh world. Thank You

Please bring Name that Tune back on television