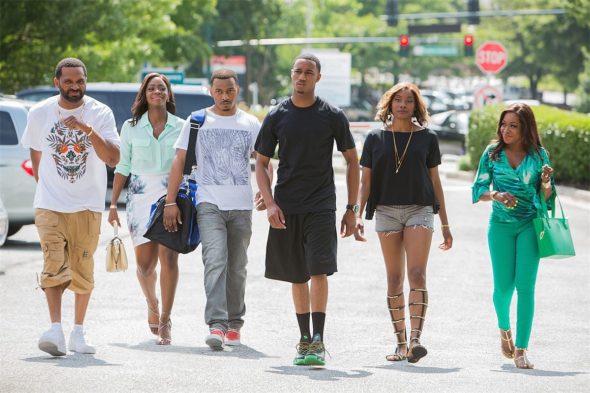 Survivor’s Remorse just wrapped its fourth and final season on Sunday. Recently, creator Mike O’Malley spoke with The Hollywood Reporter about the end of the Starz TV show.

As we reported earlier, Starz has cancelled the comedy after four seasons. The series centers on Cam Calloway (Jessie T. Usher), an industrious, young basketball star who is thrust into the limelight after signing a huge contract with a pro basketball team in Atlanta. The cast also includes RonReaco Lee, Erica Ash, Teyonah Parris, Tichina Arnold, and Mike Epps.

Speaking to THR, O’Malley revealed he had a plan for more seasons of Survivor’s Remorse:

I had a longer-term plan for the next two seasons. I thought it was gonna go about six seasons. I’ll admit that when the show started, when we sold the show and we were originally developing the idea, the idea in half-hours was always “Don’t answer too many questions, because if you answer a question you’re gonna back yourself into a corner and you wanna just have it be episodic, where you can drop in on a show at any juncture.” If you go back and look at the first season of the show, we were just going at topics and issues. Those were standalone things.… That was also the way that the production schedule and the writing schedule was set up. Then it became obvious around 2014 just how people were viewing television and consuming television was different.”

Later, the series creator admitted he wished there was more closure to the Starz TV show, since the season four finale was not intended to be a series finale:

Look, I still haven’t watched all of Friday Night Lights. I bought all of the DVDs and now I could just stream it, of course, but I think once my kids get older and I have a little bit more time, there’s this sense that it was not just a show that was on for a little period of time and was then abruptly canceled. It had an opportunity to have a sense of closure to it, and I wish we’d had that opportunity in Survivor’s Remorse.”

And what about saving the show? Is there a chance another network could step in for season five? O’Malley says that’s very unlikely since Starz owns Survivor’s Remorse:

Listen, I’d love to keep writing the show. The thing about this show is that it’s owned by Starz. Starz’s goal is that you have the Starz app and you become connected to Starz programming and you want to have their network so that whatever it is that Starz delivers to an audience, you have. They don’t want to become a production company for another network or another streaming service, just to put it bluntly.”

What do you think? Are you a fan of Survivor’s Remorse? Would you have watched a fifth season?

i LOVE THE SHOW AND IT WAS A GREAT SHOW WITH A STRONG CAST. SO STRAZ PLEASE DO SEASON FIVE BECAUSE SEASON 4 ENDED ON A BAD NOTE LEFT IT OPEN AS THE CAST BEGAN TO PROGRESS TOWARDS FUTURE GOALS . SO STRAZ PLEASE BRING THE SHOW BACK.

I really like this show , wish they could have done a final season

Absolutely, my hubby and I are HUGE Survivors Remorse fans! Dunno why Starz decided to end the show so abruptly, but it’s the network’s right. Too bad! Shocking turn of events, but…