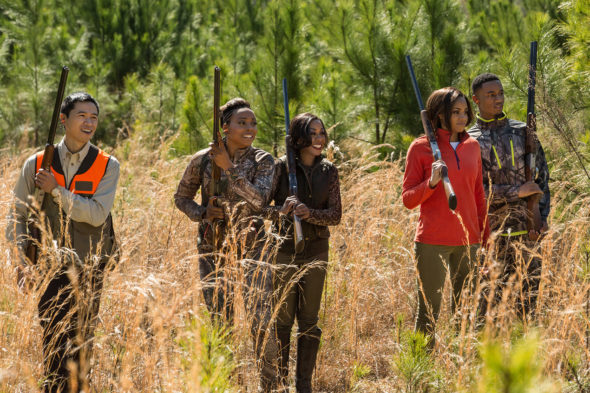 Survivor’s Remorse ended after four seasons last year, and the CEO of Starz has now addressed the show’s cancellation at the TCA’s.

Deadline reported that, Starz CEO and president Chris Albrecht, said the following about the decision to end the series:

“We love Survivor’s Remorse, we’re very proud of the show. I think there was some closure. It’s difficult in premium to manage the kind of glidepaths or choices that you used to be able to. It’s pretty competitive out there, and I think the show spoke to a lot of really important issues and I’m not sure there was a lot more to say. We gave the show a real shot to kind of break out in the way you want a show to break out after the fourth season. Having said that, I think everybody left feeling they had accomplished good work.”

Were you a fan of Survivor’s Remorse? Were you sad to see it end? Tell us what you think.

I started watching this series 2 weeks ago from today’s date and I finally finished season 4. I am a recovering attic from almost every drug known to man including immoral sexual sin. I am a 31 year old man born in raised in the heart of Minneapolis Minnesota Northside to be more specific. I have been though many mental challenges during the last 8 years of my existence. I haven’t been able to enjoy any of life’s essentials without being a pessimistic overseer. I fall asleep at movies in movie theaters, movies which seem to become a HUGE popularity… Read more »

Yes I was a fan and the show will be missed. It also did not end well, so many questions from season 4. It is always strange to me how uplifting black shows can never last. But shows like Good times of the blacks that struggle can last for years. At some point it would be nice to allow positive black shows to strive

This show was unique and dynamic with the Great character development. It addressed current issues in real time thru situational depth and music, surprises and twistS to the plot that made it a fascinating watch. Such a shame that it was canceled. I wish some other independent Channel would pick it up from Current producers! I’m a sixty seven year old Caucasian grandmother and say “EXCELLENT JOB!”

I think you made a terrible mistake in many ways with this show. The biggest being cancelling it. You didn’t advertise at all. I only discovered it by flipping channels. I was hooked after watching the first episode. A few of my favorite actors are in that show…Tichina Arnold, Mike Epps, RonReaco Lee, and I fell in love with the rest of the cast. Your second big mistake was killing off Mike Epps, he was the comedy relief in the show. The third big mistake was not ending the season. There had to be a big fight somewhere to end… Read more »

I will definitely help you pick this shiw back up. The devil shall not when this war. I hate that the killed Mike Epps character also. But the show was so good and the cast was so AMAZING that I forgot all about him by the middle of season three. I love me some Mary Charles and Bao Chin does a great job at keeping the comedy going “For **** SaKes lol.

Y did u cancelled this show it was excellent!!!!

Did he watch the same ending I did?? There was no closure. The show just ended. A wrap up episode would have been nice. There was so much more than needed to be said. I just think Executives do not care about their viewers. This statement proves it!

I agree with you this is a bunch of hog wash It didn’t end well for us shows cancel all the time that’s not the problem . But if you knew that was the last season than you should have added more episodes or another season to give ua a real closure not what you think is closure to us there are so many unanswered questions this was the crasiest way to end a show but it was a black show so why would you care.

I agree %1000…whoever was in charge of why this show was canceled especially the way it was canceled…they deserve to be canceled as well. Just like the kid at the table who came out the coma and got to meet Cam and his family. I’m kidding BTW but JESUS CHRIST THEY WERE WRONG FIR THUS.